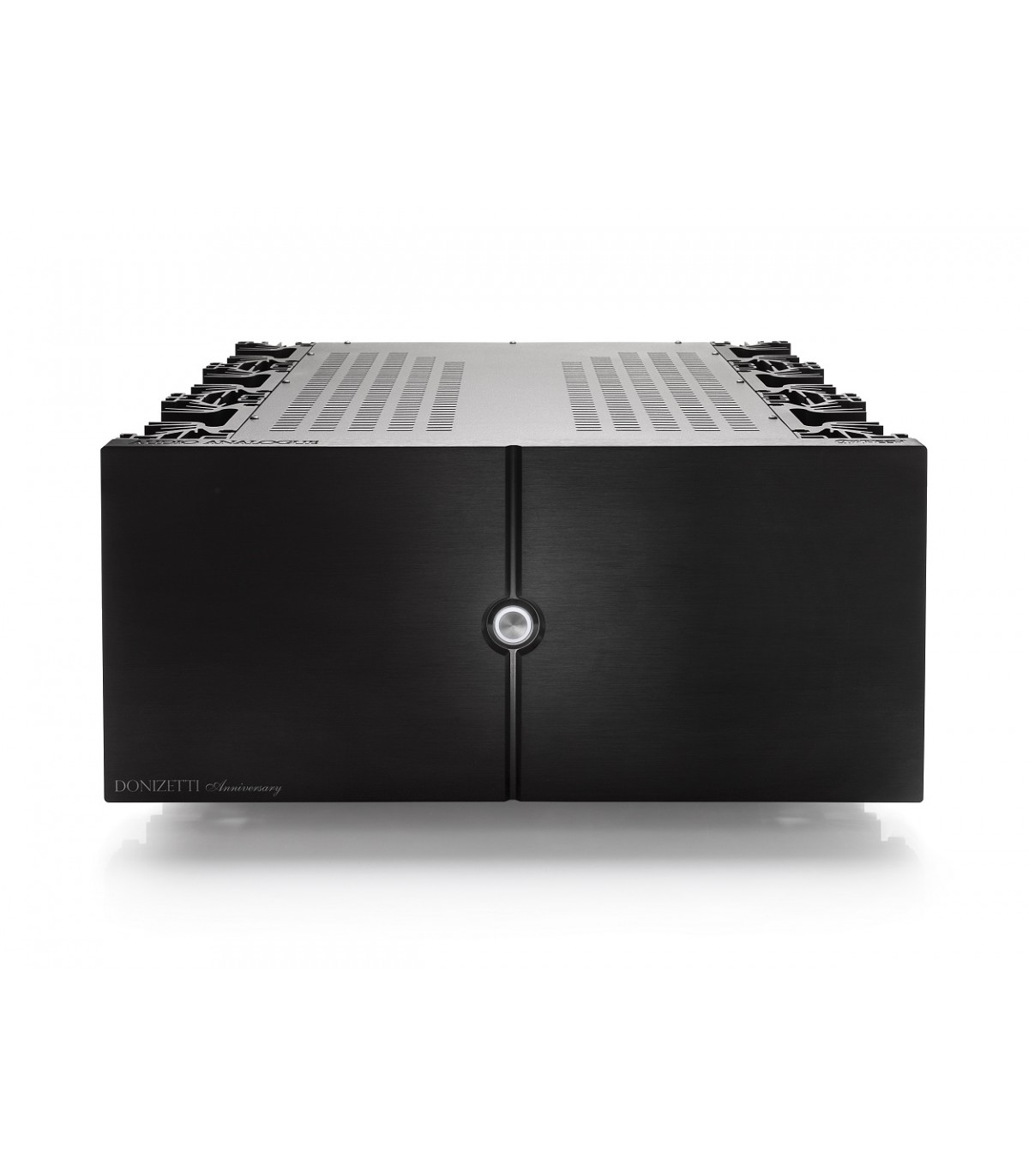 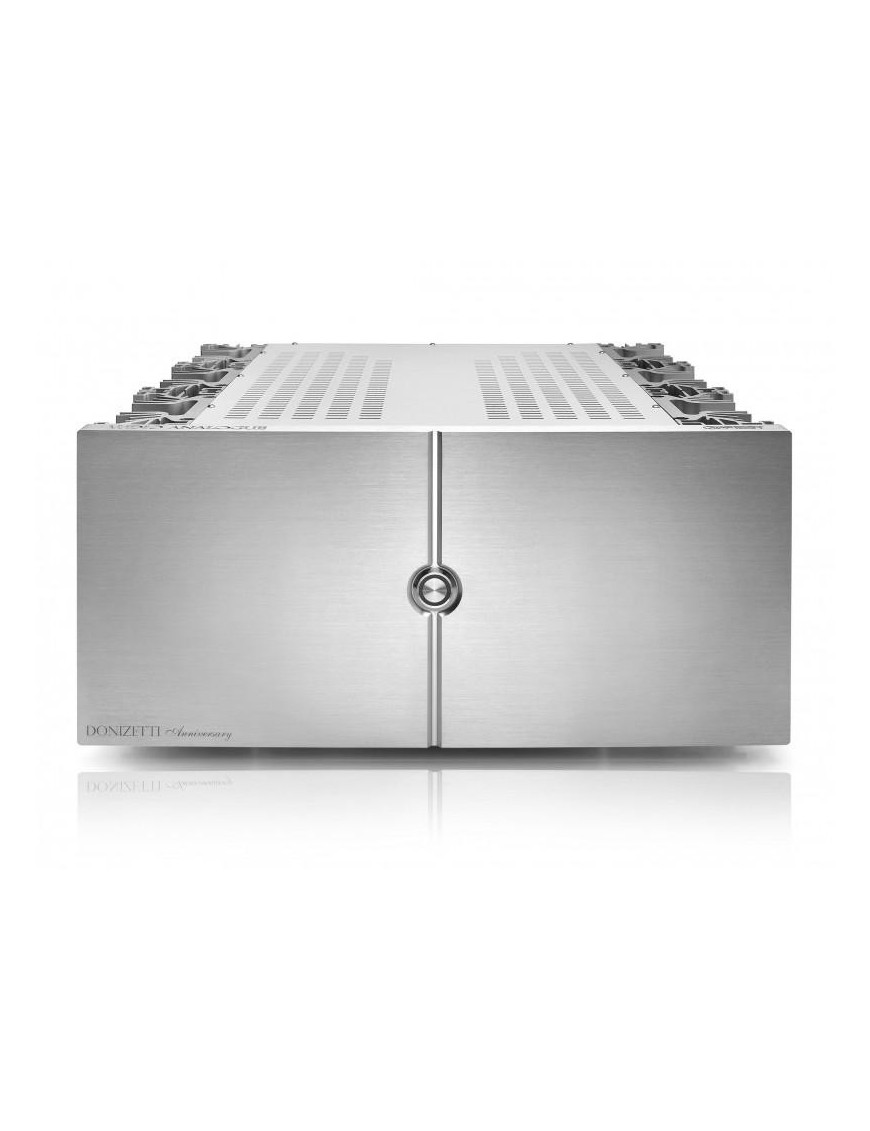 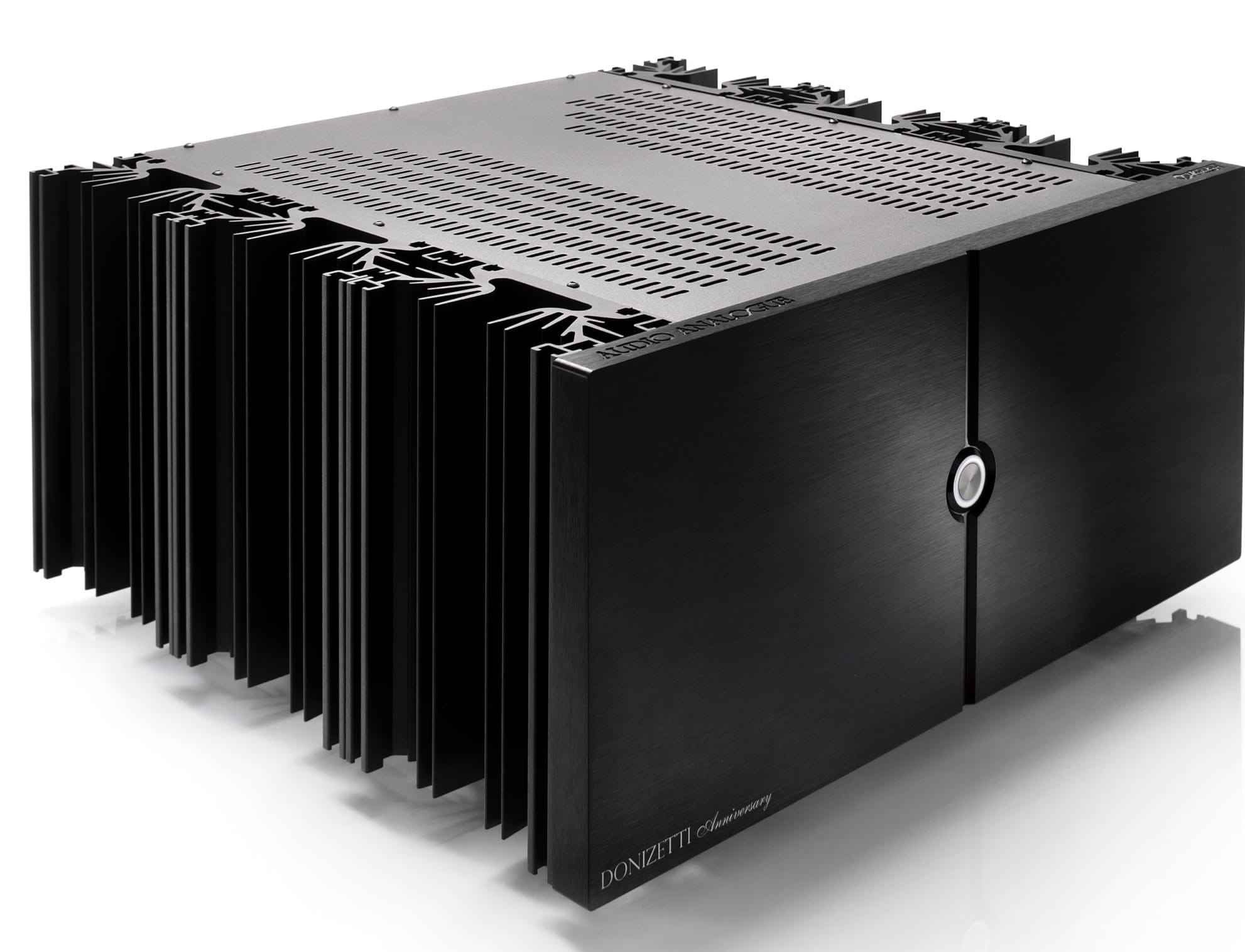 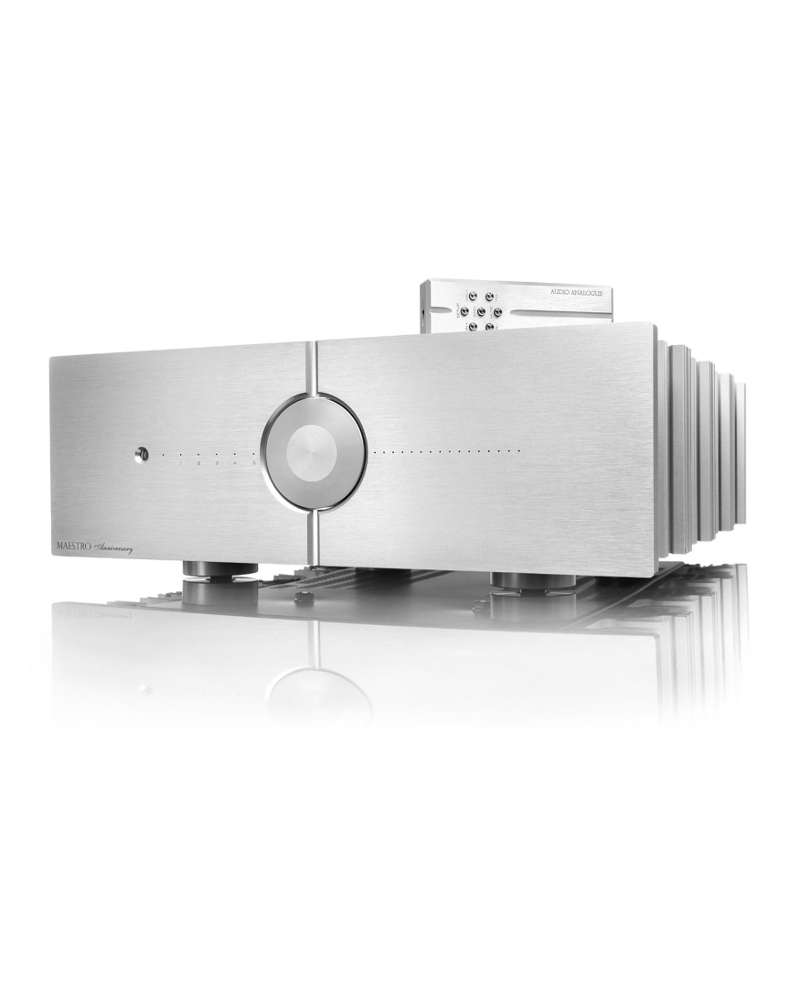 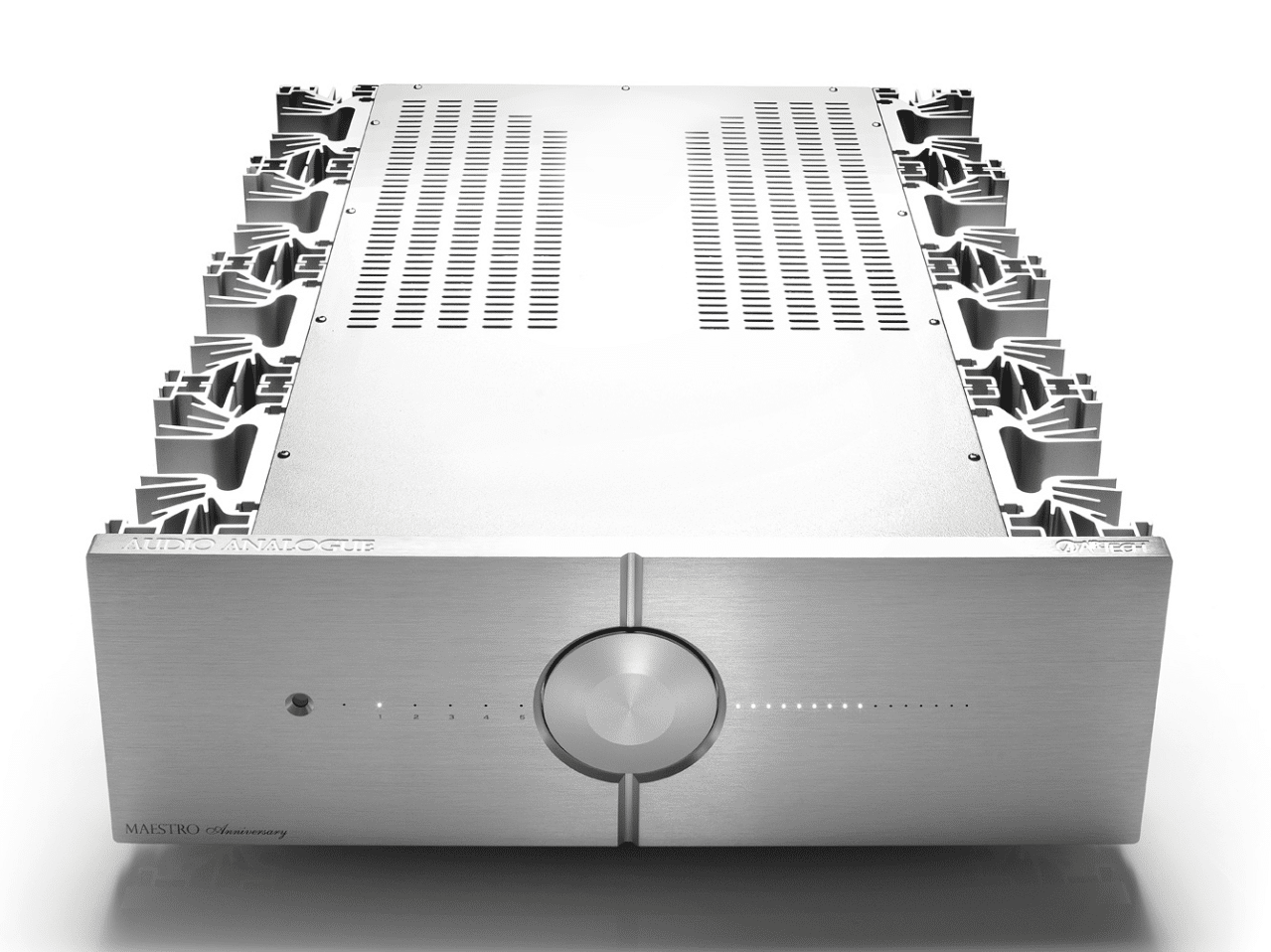 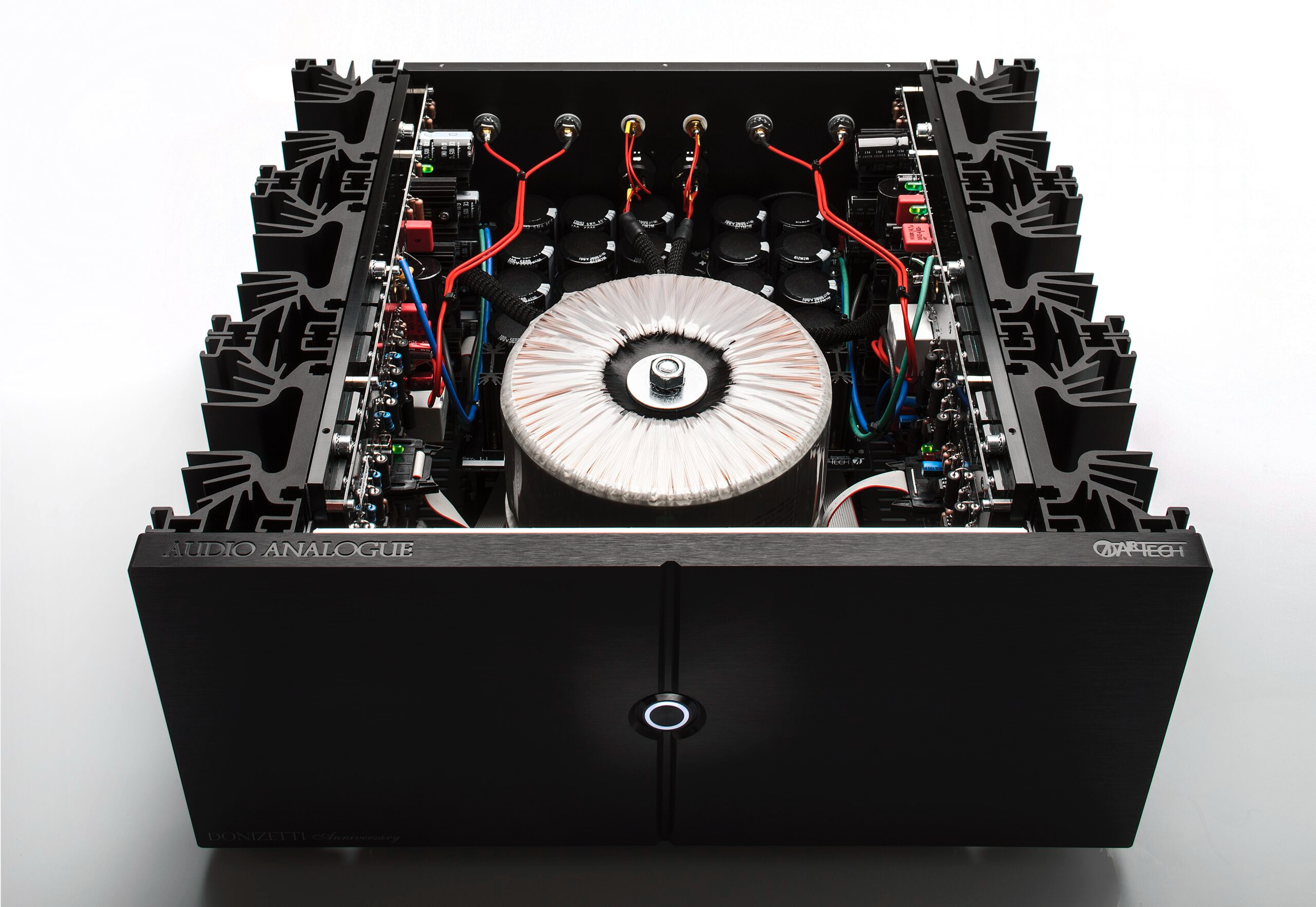 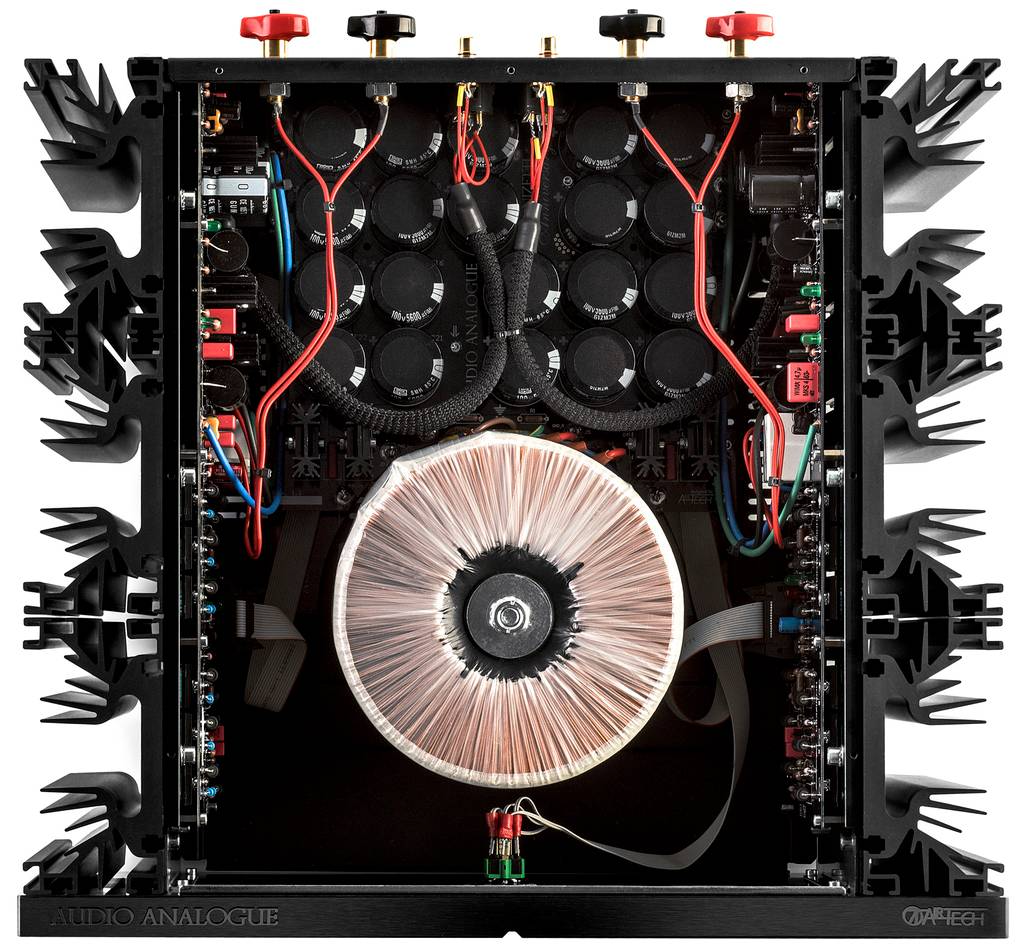 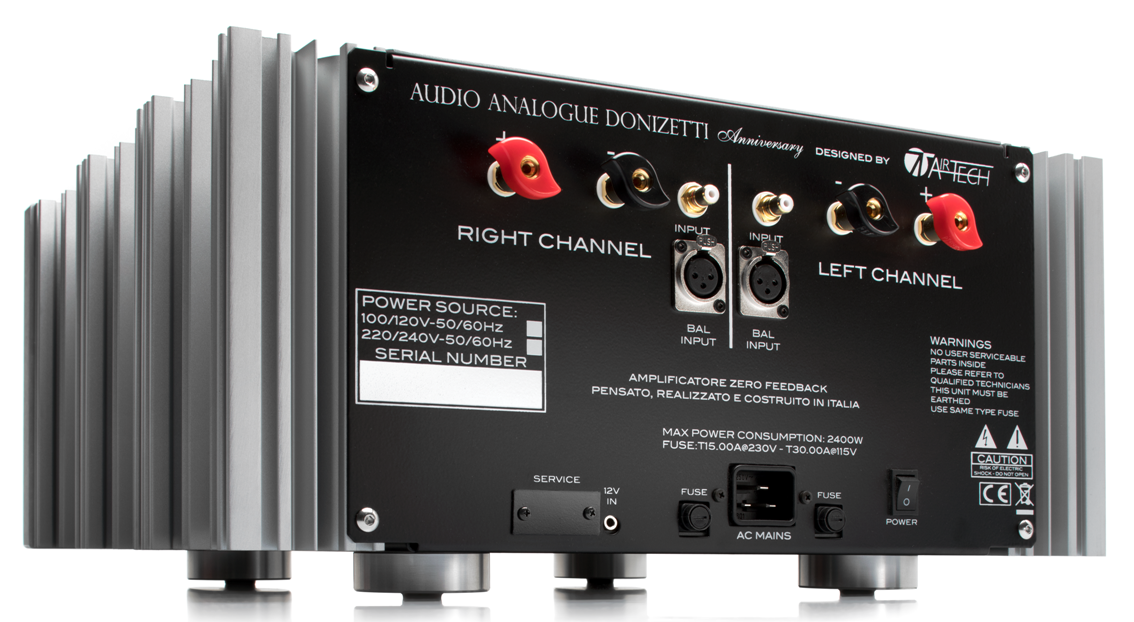 The power amplifier Donizetti Anniversary, the new born of Audio Analogue, designed in the Airtech laboratories, is part of the Anniversary line, re-proposing another of the historical products of Audio Analogue. The only thing in common between this new model and previous versions of Donizetti remains the name, while the project and the technical solutions used are completely new. It is a high power stereo power amp: with its 250W@8Ω that doubles halving the impedance is able to perfectly drive any loudspeaker. The amplifier has a complete dual-mono configuration starting from the two 1200VA toroidal transformers specifically designed for low dispersed flow. Uses our SeGeSTA (Single Gain Stage Transconductance Amplifier) configuration followed by a group of four transistors to provide all the necessary current without affecting the gain stage performance. The amplifier does not use global feedback. The 4-layer printed circuit has been designed so that the input signal never crosses the output signal and that the sensitive amplification stages are as far from the power transformers as possible. All components are of the highest level, starting from military standard resistors to continue with the capacitors on Airtech specification up to the wiring made of 7N OCC copper and to the pure copper and gold-plated connectors. Donizetti Anniversary is available in silver and black. Donizetti Anniversary can also be used in mono configuration, achieving even more extreme performance, just think of the output power that reaches over 1000W on 8Ohm impedance.