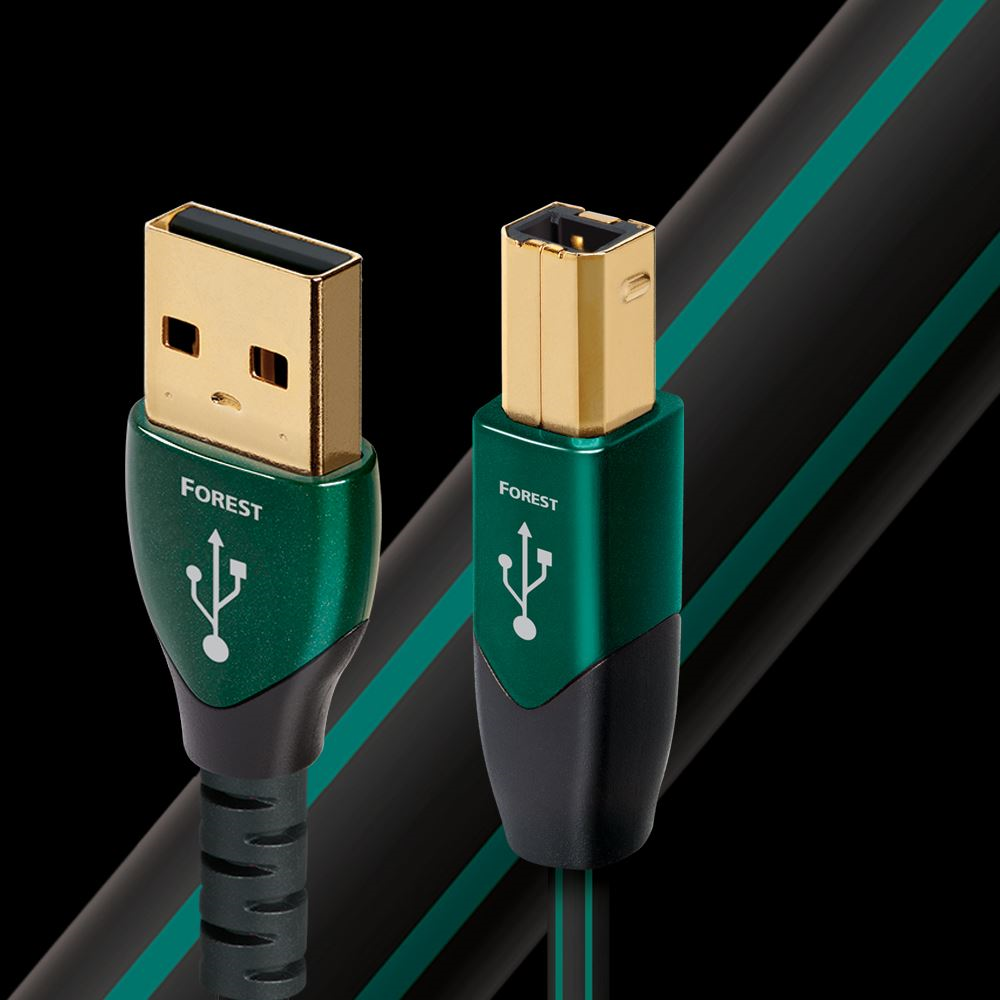 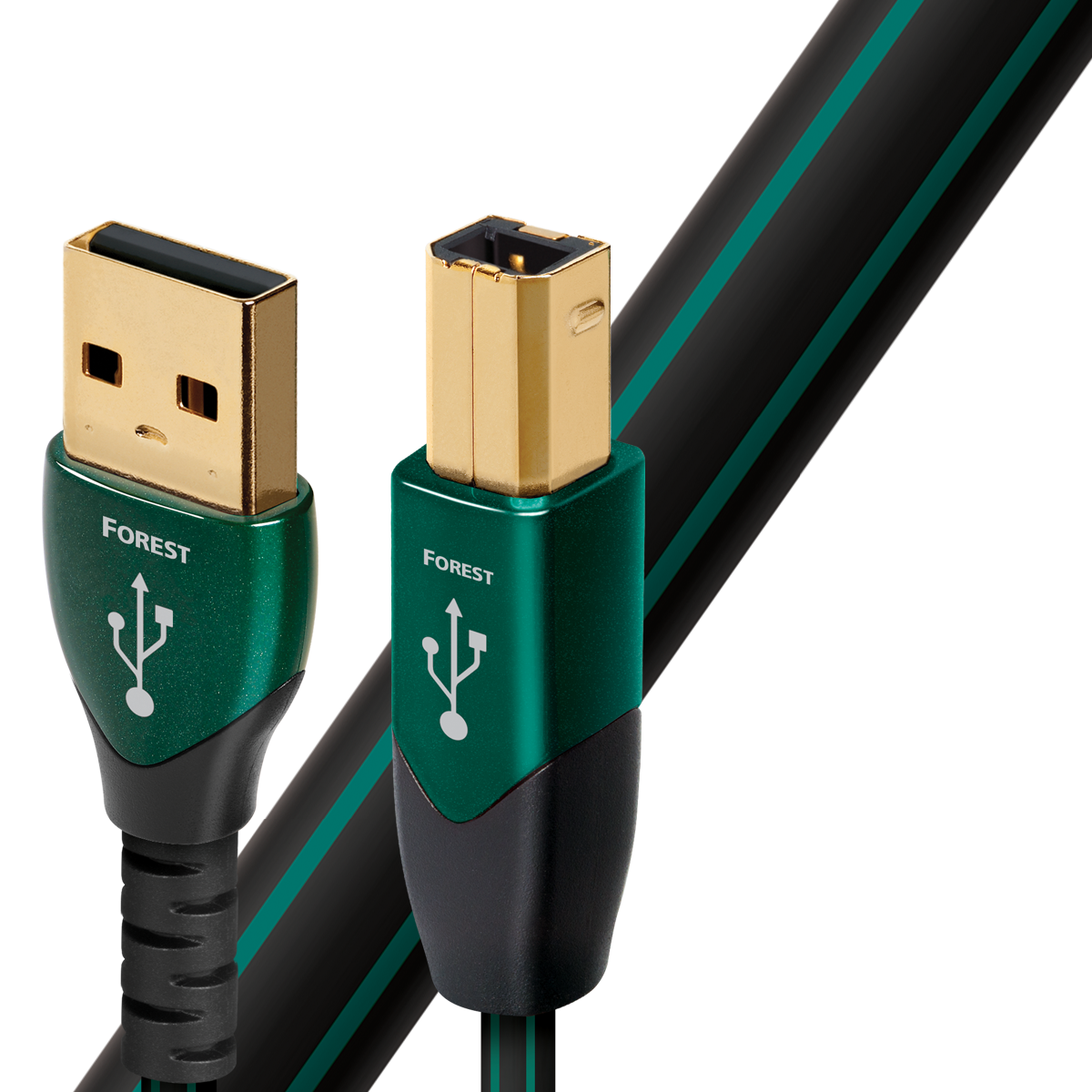 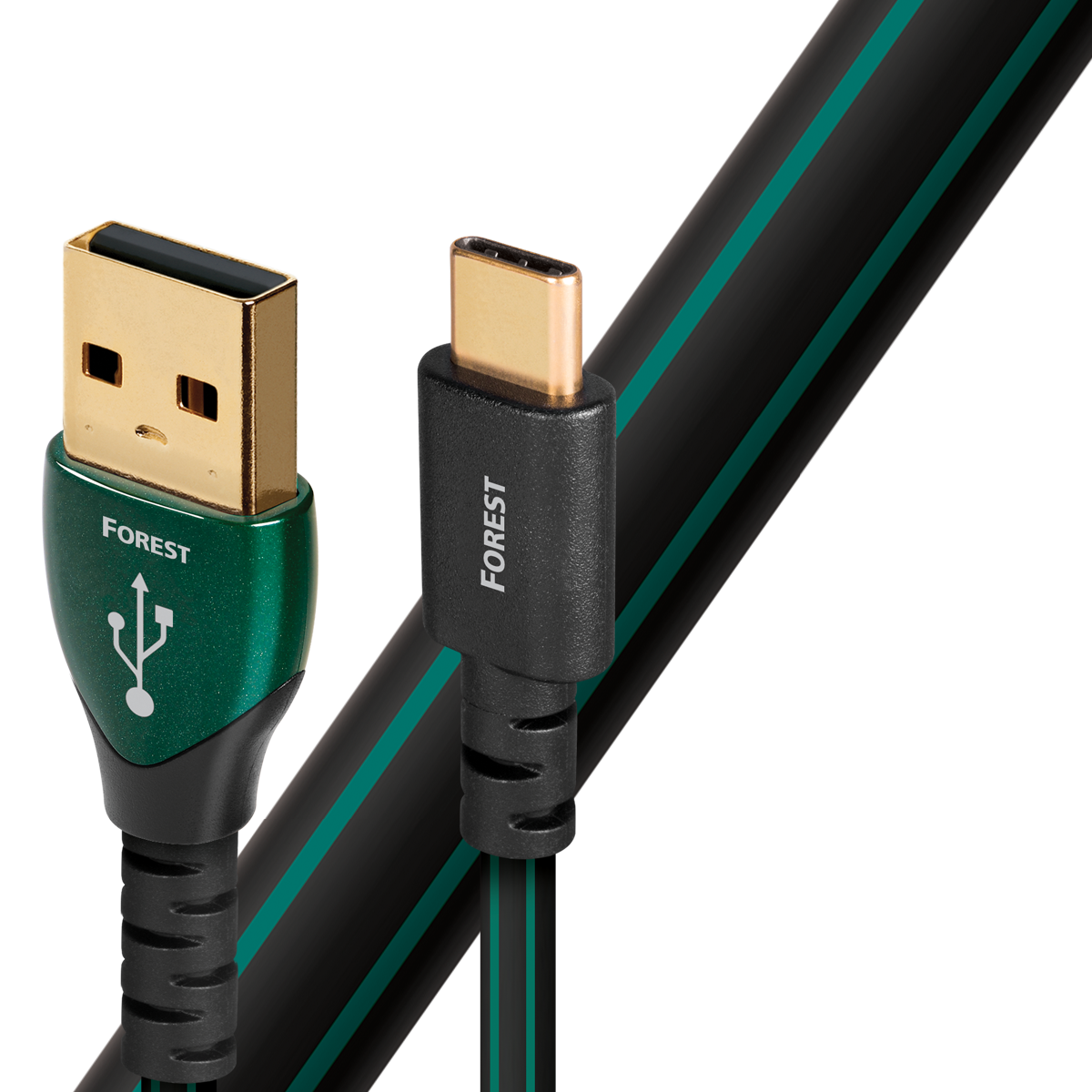 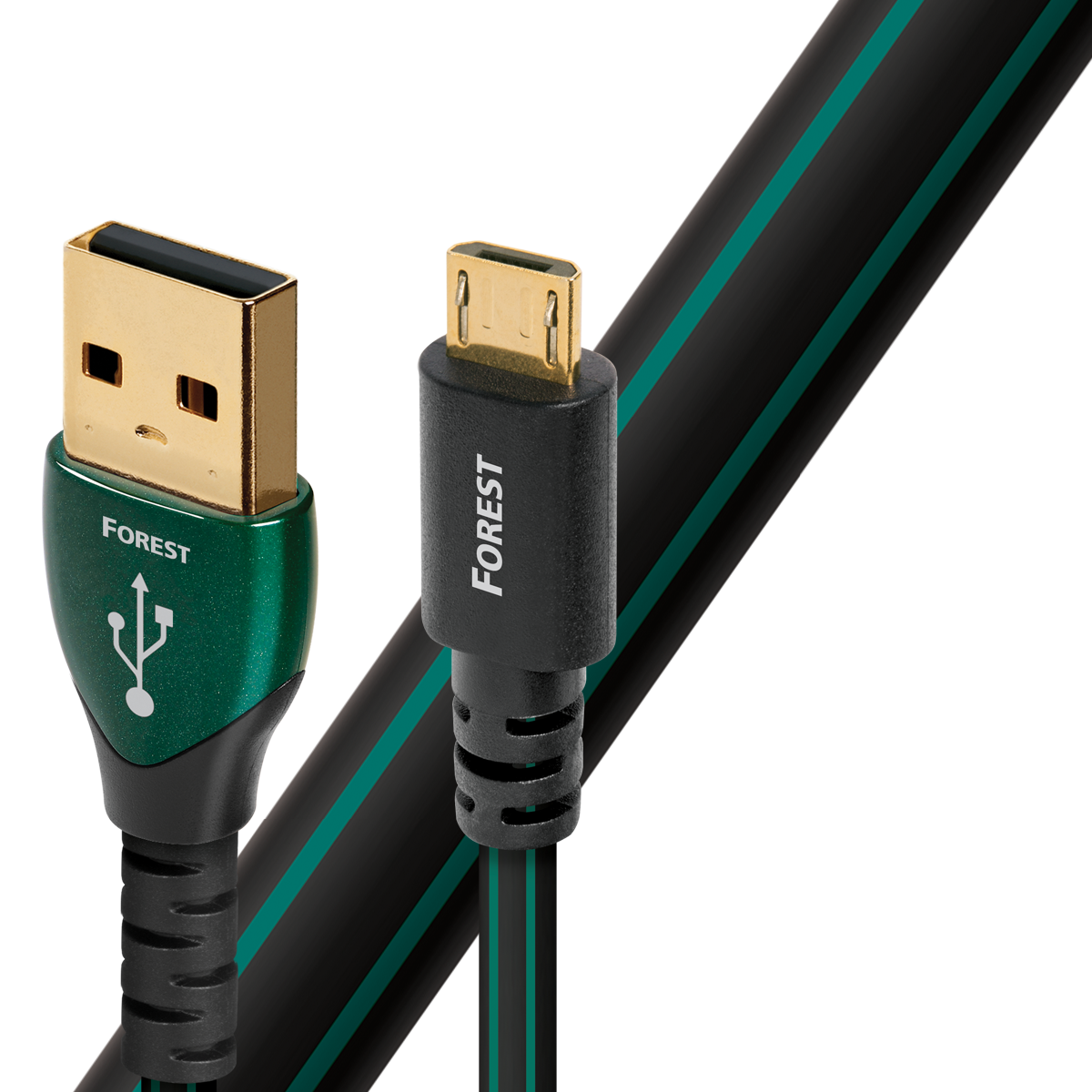 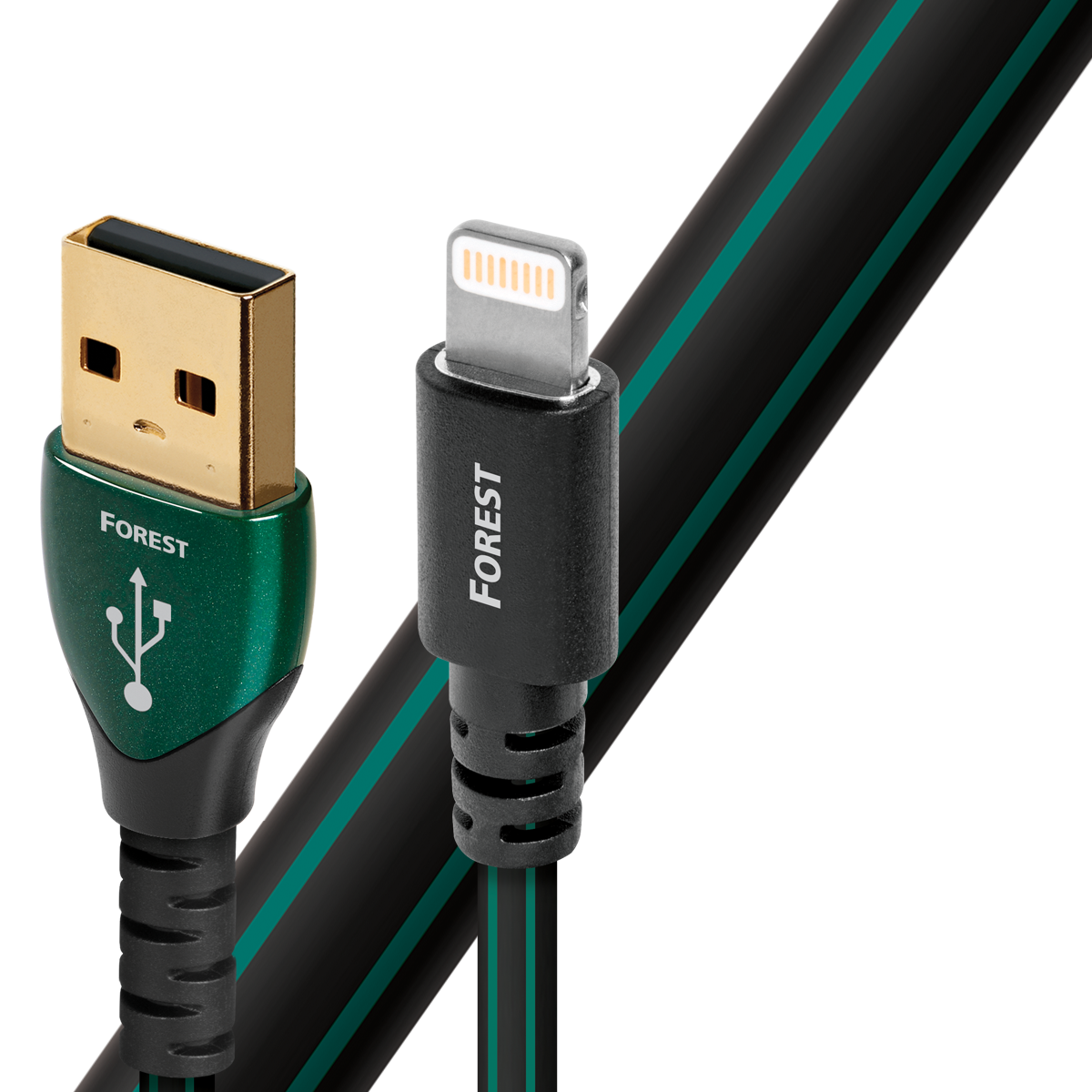 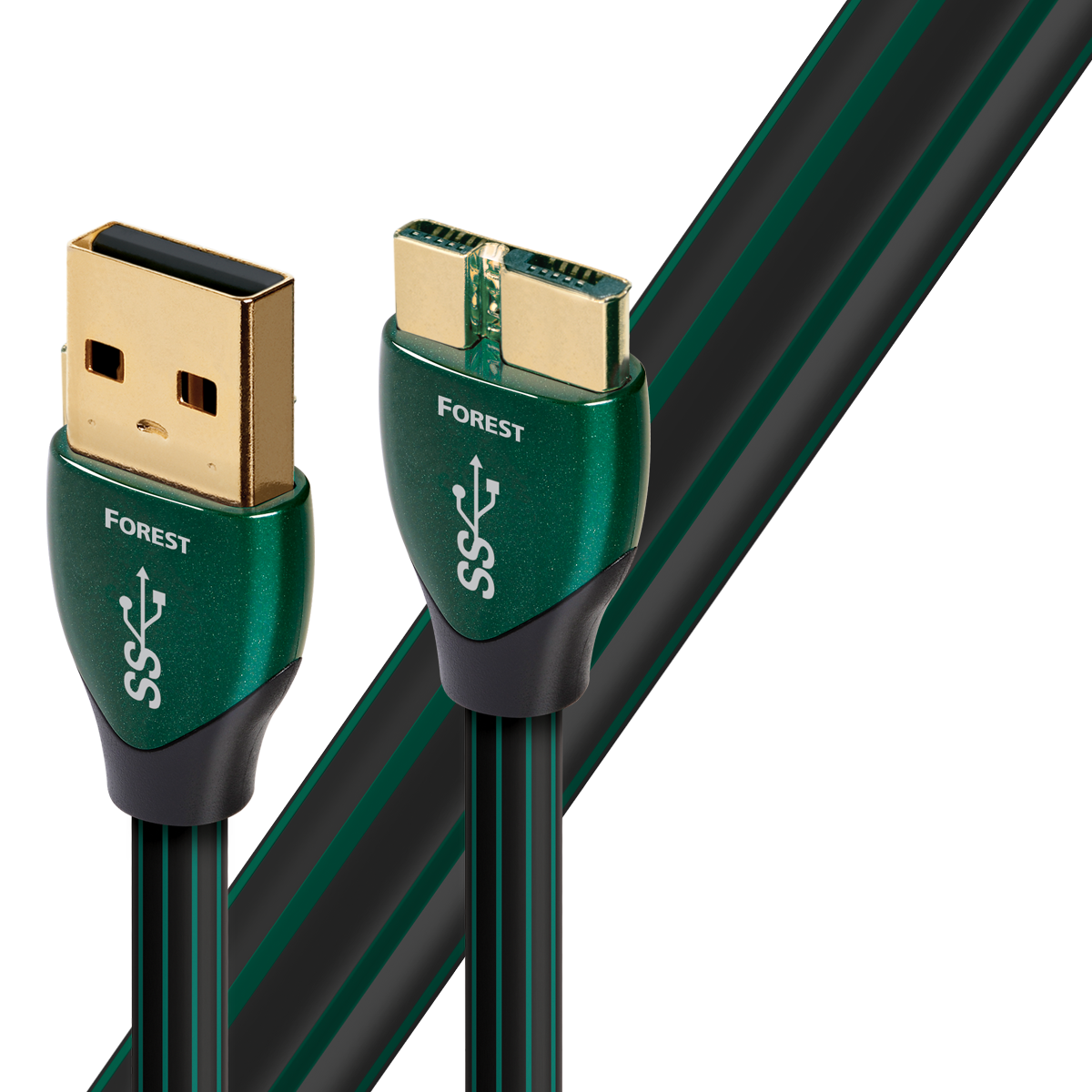 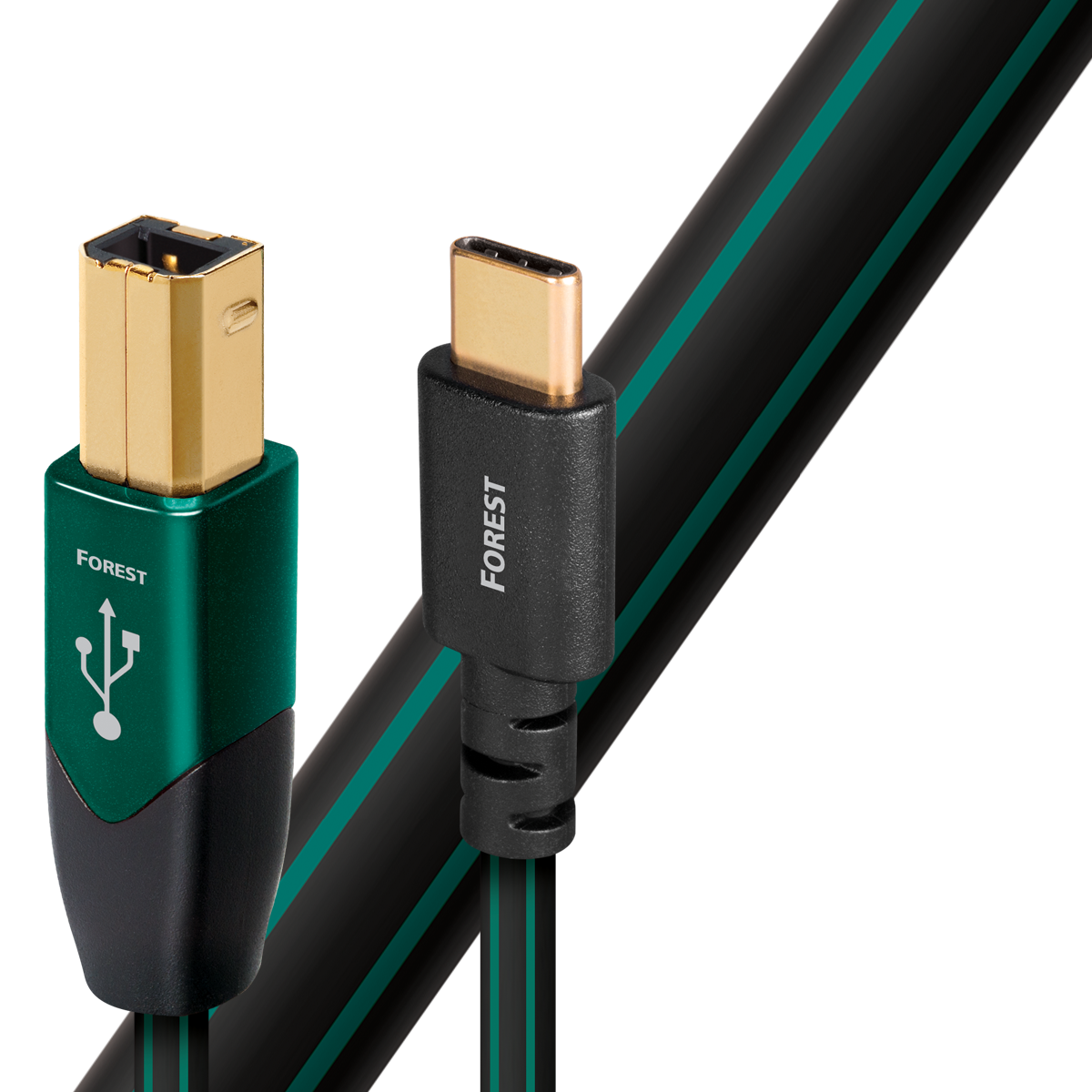 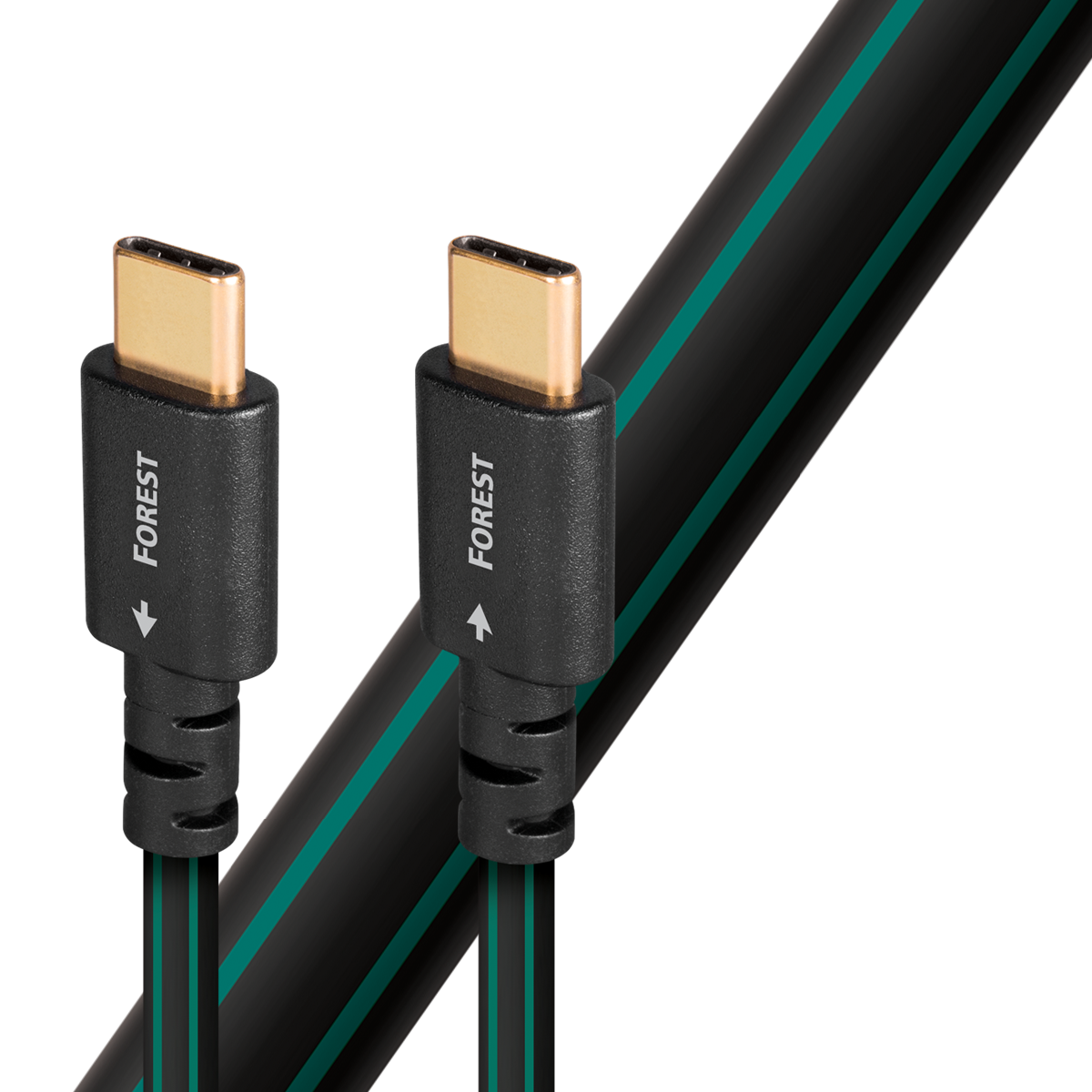 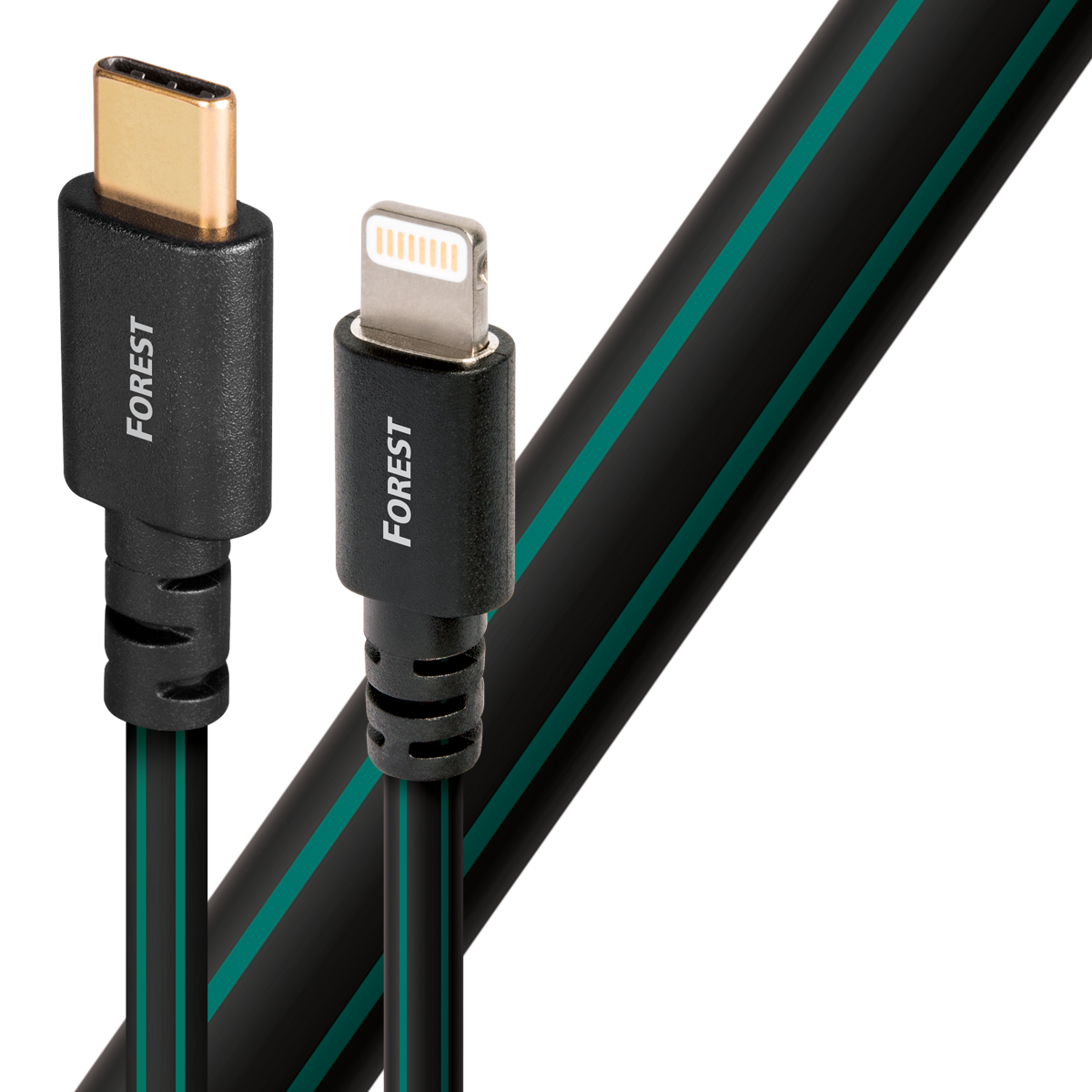 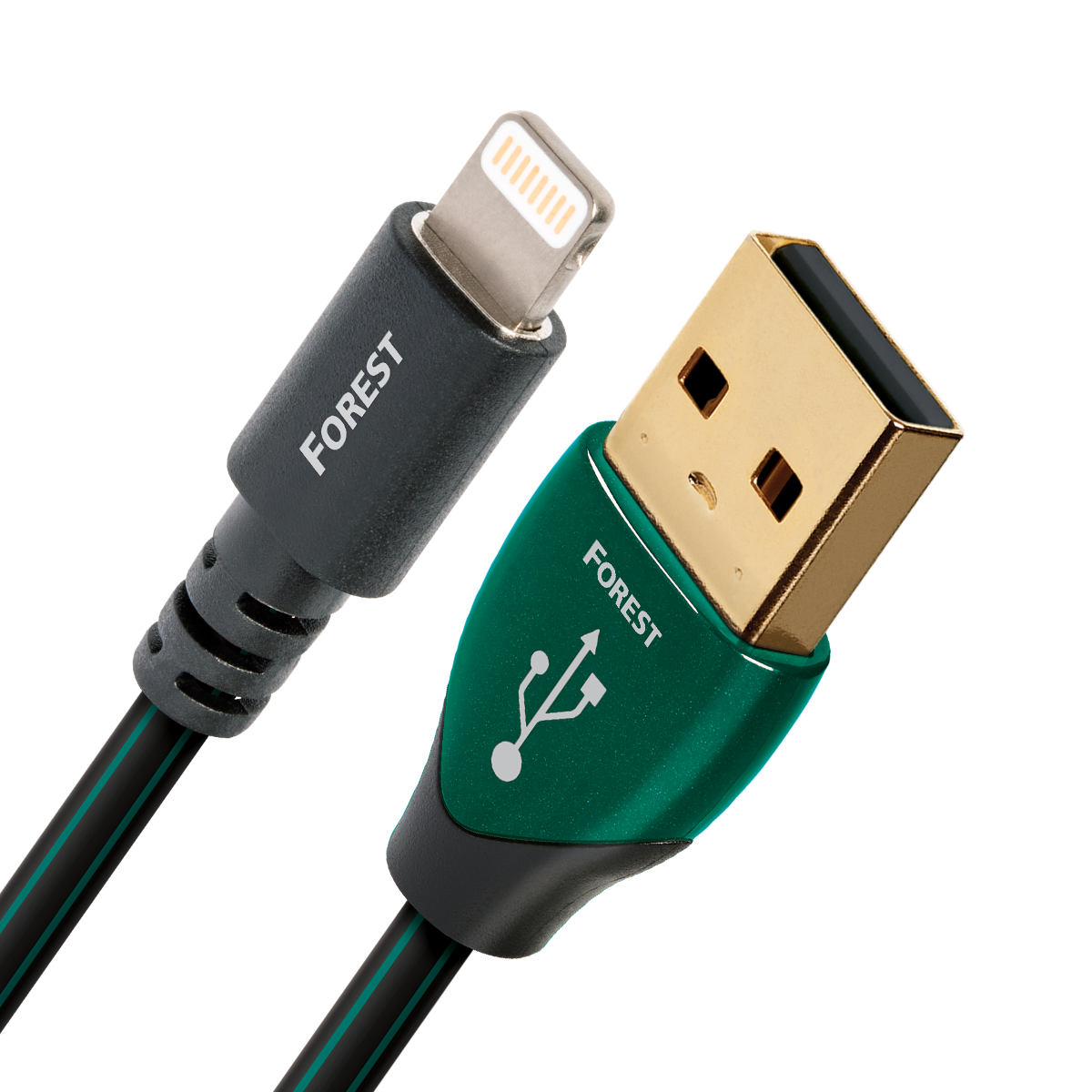 In 1982 Sony gave us "Perfect sound forever," along with the attitude that, "it's just digital, so all CD players sound the same." That was disproved and qualitative differences between players became accepted truth. Next came separate transport and DAC combos, which brought with it the attitude that "all S/PDIF digital audio cables sound the same..." until that too became disproved. Now the frontier has moved once again. Is digital audio really just ones and zeros? We don't believe so, and once you've had a chance to listen to Forest USB, you won't think so either...

Solid conductors minimize the harmful effects of both electrical and magnetic strand-to-strand interaction. For digital cables, whose signals are of such high frequency that they travel almost exclusively on the surface of the conductor, increasingly thick layers of silver plating are applied to AudioQuest’s Long-Grain Copper (LGC) conductors to further improve Noise-Dissipation. Placing the superior metal on the outside of the conductor produces the greatest benefit on overall performance - a superbly cost-effective way to maximize a digital cable.