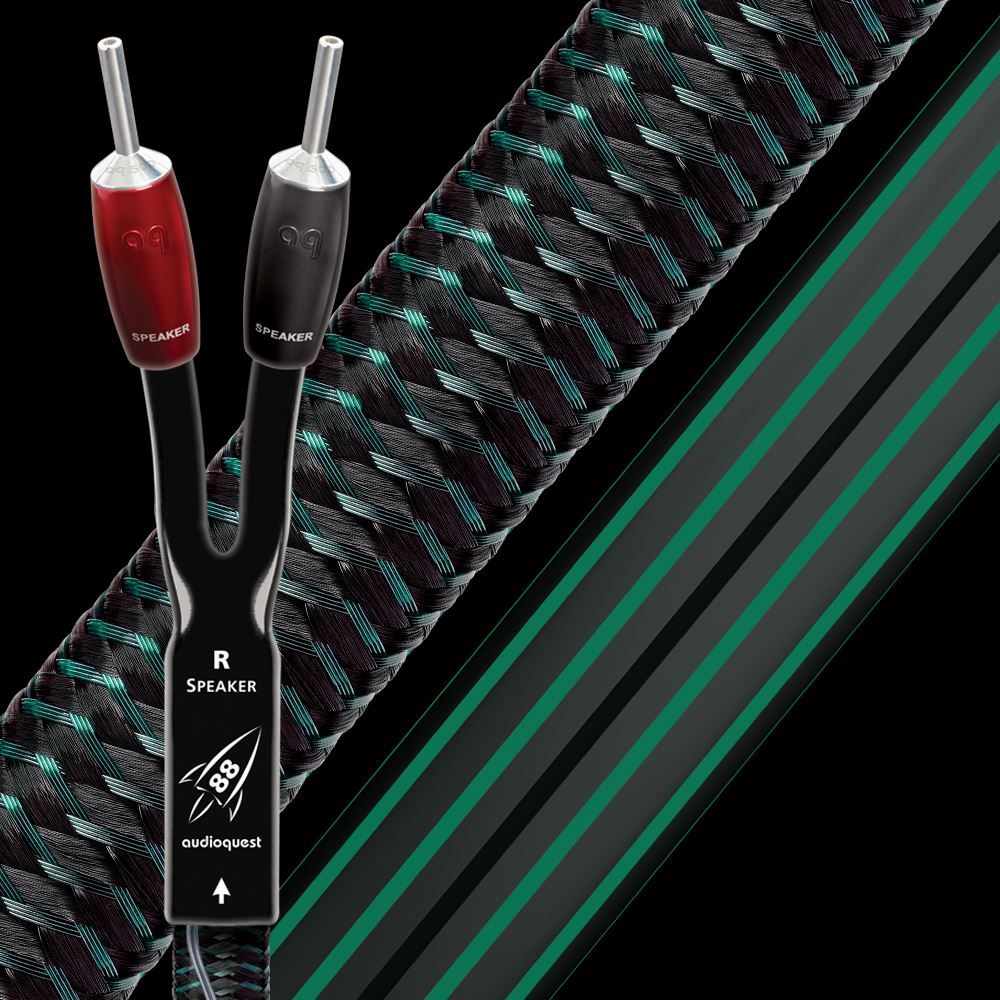 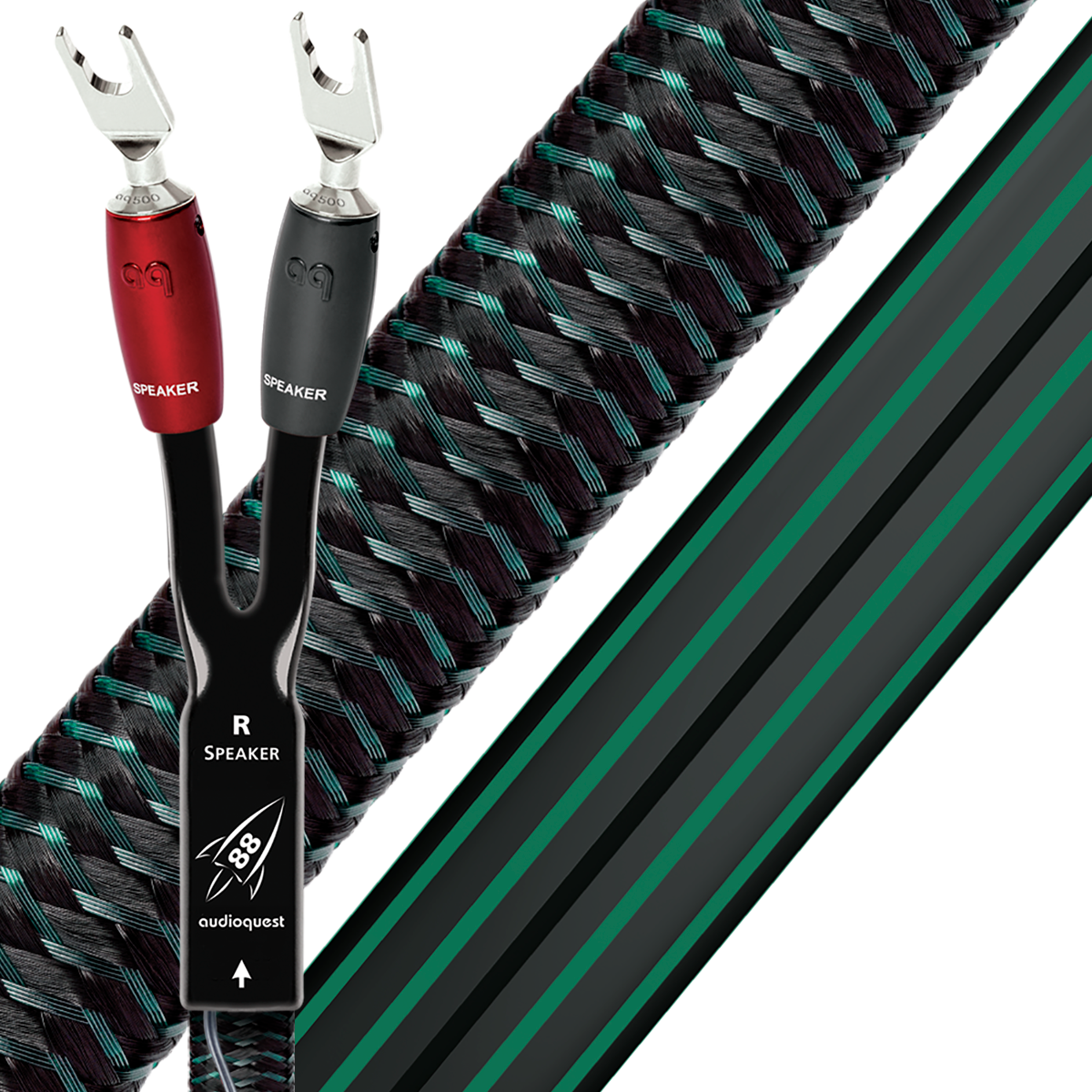 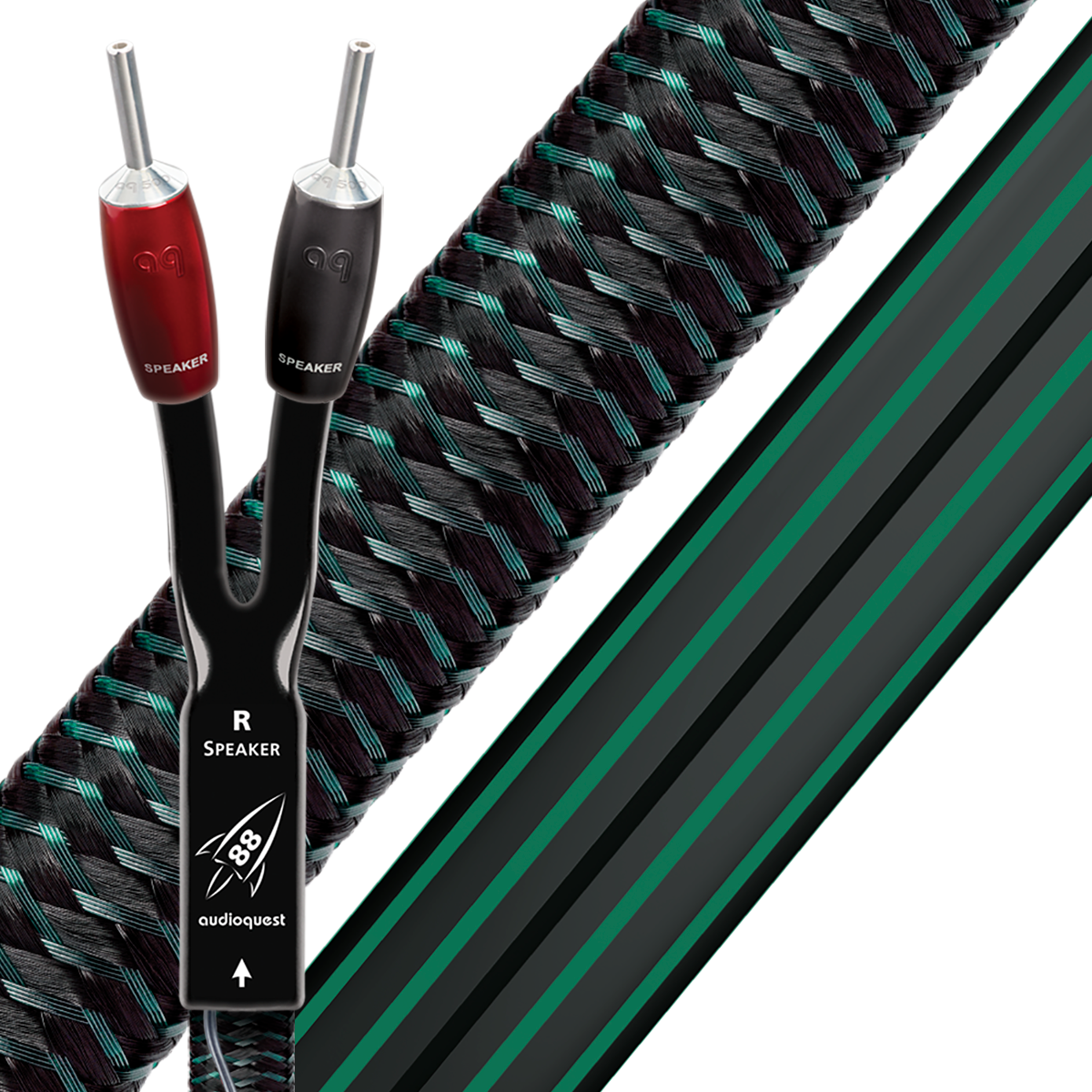 Rocket 88 incorporates AudioQuest's patented Dielectric-Bias System (DBS) and replaces Long-Grain Copper with solid Perfect-Surface Copper+. DBS offers a lower noise-floor, so you can hear deeper into the nuances of your favourite music. At the same time the addition of more PSC+ offers a smoother, more relaxed, and natural sonic timbre and texture.

All insulation between two or more conductors is also a dielectric whose properties will affect the integrity of the signal. When the dielectric is unbiased, dielectric-involvement (absorption and non-linear release of energy) causes different amounts of time delay (phase shift) for different frequencies and energy levels, which is a real problem for very time-sensitive multi-octave audio. The inclusion of an RF Trap (developed for AudioQuest’s Niagara Series of power products) ensures that radio-frequency noise will not be induced into the signal conductors from the DBS field elements.

This cable's negative conductors are covered with partially conductive Carbon-Loaded Polyethylene. This remarkable material reduces radio-frequency garbage being fed back into the amplifier. The sonic benefit is exactly the same reduction in "hash" and improved dimensionality that comes whenever RF interference is reduced in an audio circuit. In addition, a carbon layer damps interaction between positive and negative conductors, and an external Carbon-Based Noise-Dissipation System reduces external interference.

Any solid material adjacent to a conductor is actually part of an imperfect circuit. Wire insulation and circuit board materials all absorb energy. Some of this energy is stored and then released as distortion. This cable, however, uses air-filled Foamed-Polyethylene Insulation on both conductors. Because air absorbs next to no energy and Polyethylene is low-loss and has a benign distortion profile, Foamed-PE, with its high air content, causes much less of the out-of-focus effect common to other materials.