On the 17th and 18th September 2016, the Zouch Audio team were at Whittlebury Hall in Northamptonshire for the National Audio Show.

The system consisted of the Luxman PD171A Turntable with an Ortofon A95 Cartridge going through a Luxman EQ-500 Phono Stage on the analogue side. On the digital side we were running the  Luxman D-06u CD Player. And the system was then playing through the Luxman C-900u Pre-Amplifier and the Luxman M-900u Power Amplifier. The loudspeakers that were in use were the Dali Epicon 6 Loudspeakers which were sat on a pair of Townshend Audio Seismic Podiums. 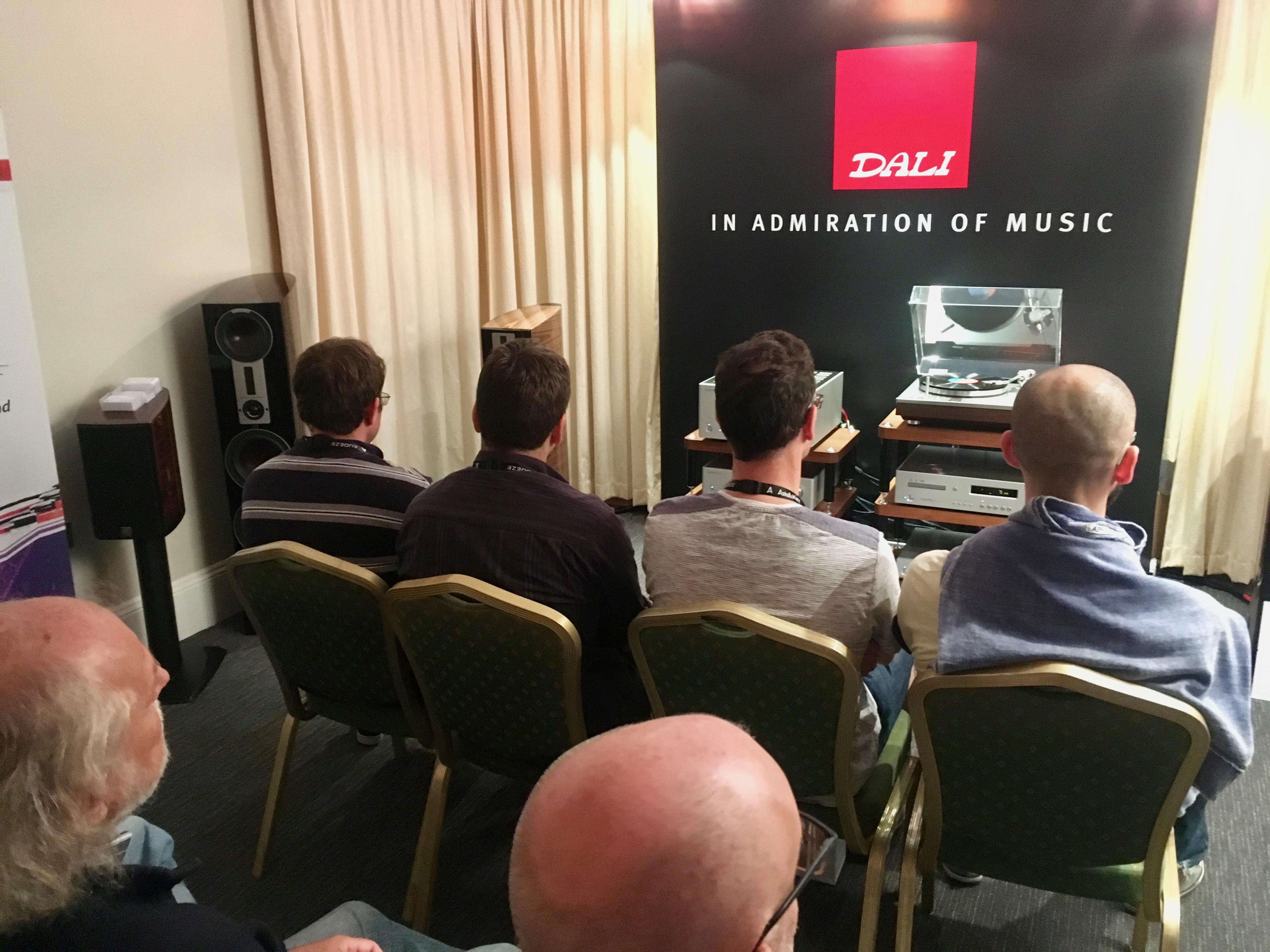 A few of many music lovers that enjoyed our setup.

We were welcomed by a lot of positive comments from music lovers. We were told numerous times that we were the best sounding room at the show.

There were records and discs that captured the true possibilities of this system, such as Tour de France by Kraftwerk for the Electronic lovers, Picture Book by Simply Red for the blues listeners, and Eric Clapton: Unplugged for the acoustic listeners.

The bass in the Kraftwerk LP really shone through, had a real drive to it, whenever we put it on, everyone in the room waited until the side ended! Sad Old Red on the Simply Red album was incredibly musical, it brought out the instruments and the vocals were detailed, and whenever we put the Eric Clapton on either CD or Vinyl, the vocals were so natural, it was like it was live in the room, which is what a lot of people said!

Listeners who also brought their own music were also very impressed by it. Whatever we threw at the system, it was always eager to impress. So eager that we were winners of 2 awards as voted for by the Clarity Alliance, and these were "Best new to show" and "Overall best of show". 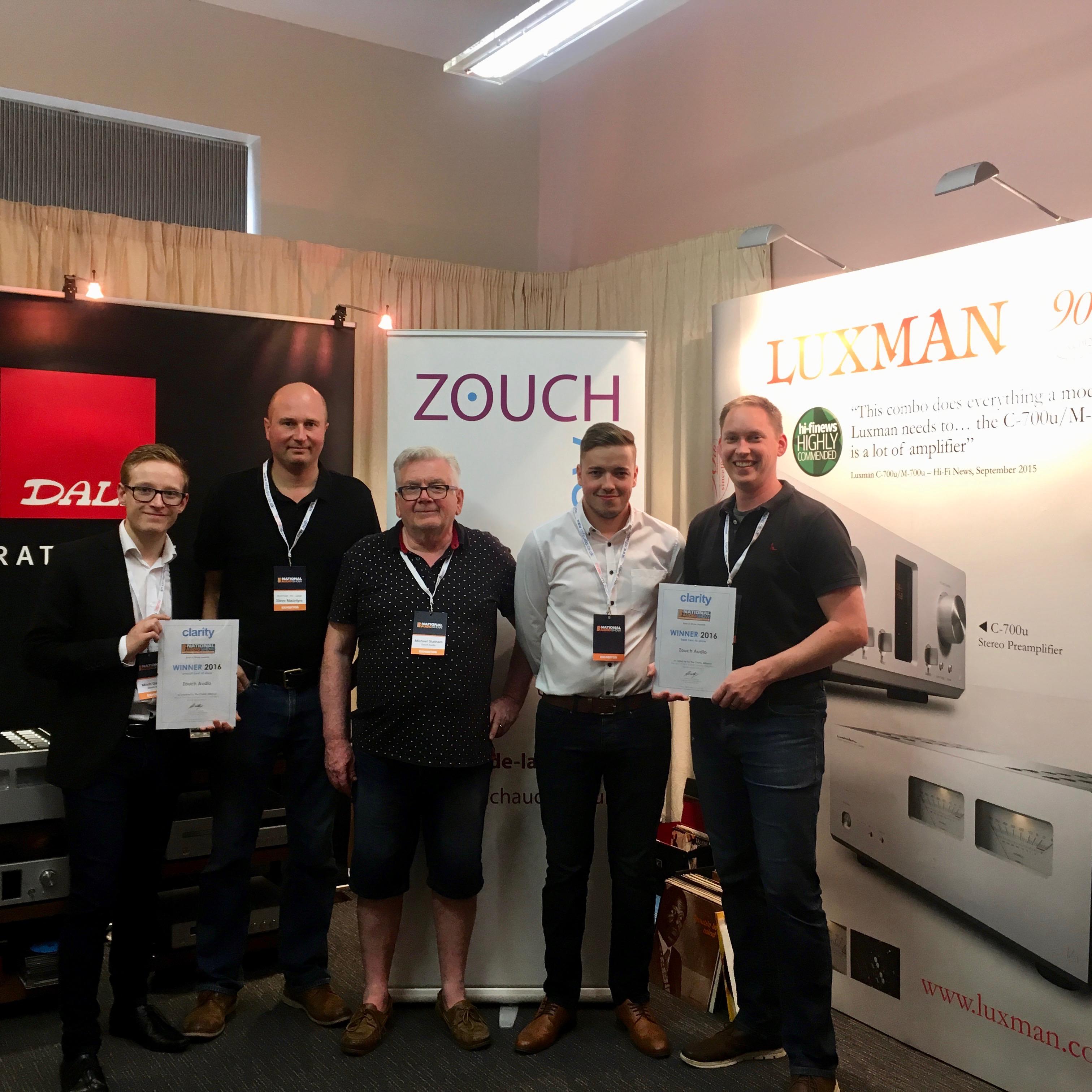 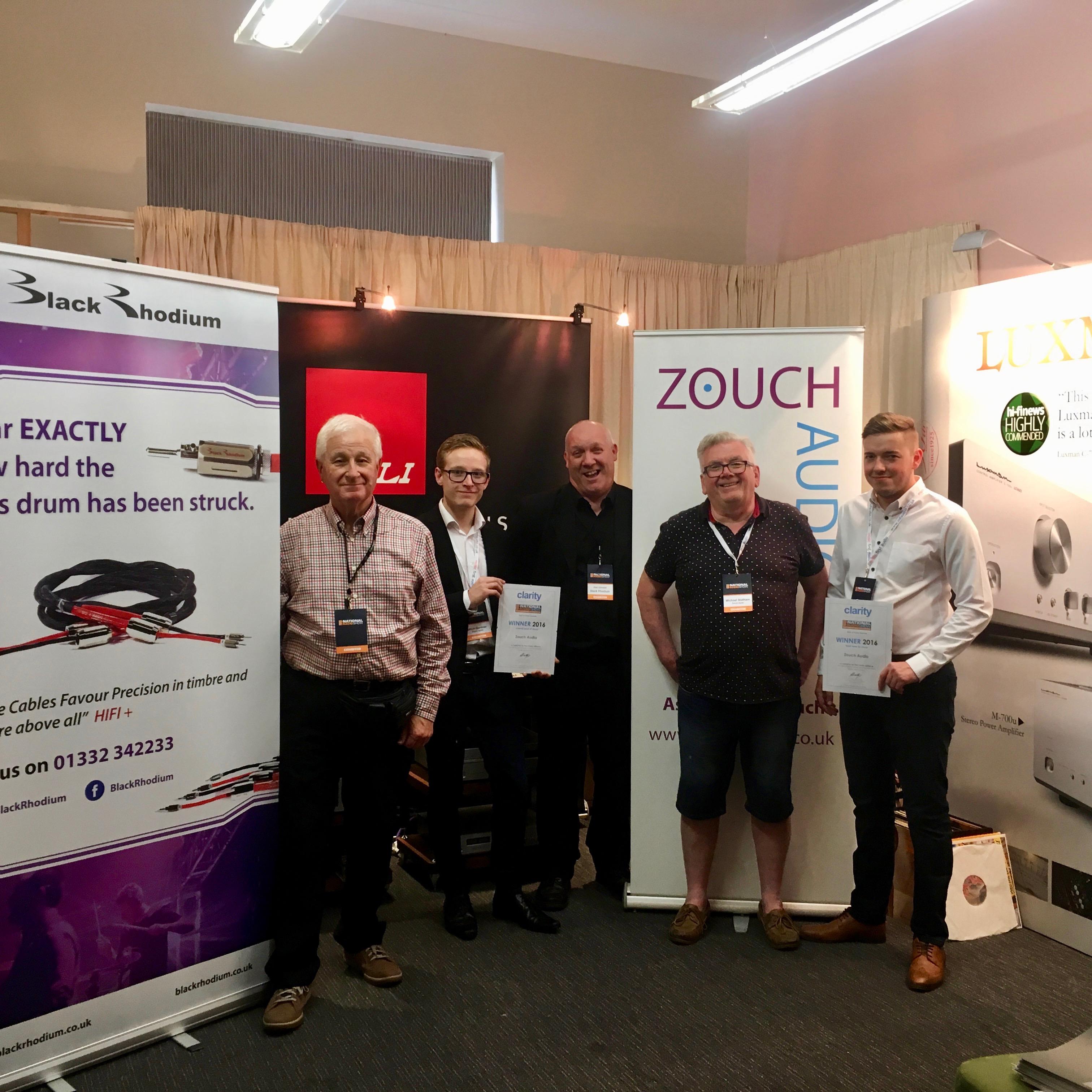 A few days after the show, we held an open day here at Zouch Audio with the maestro's from Unison Research. We had Giovanni Nasta, Chief Executive of the company with Riccardo Nasta (Product Designer) and Bartolomeo Nasta (Export Sales). They even brought the finest Italian cheese! 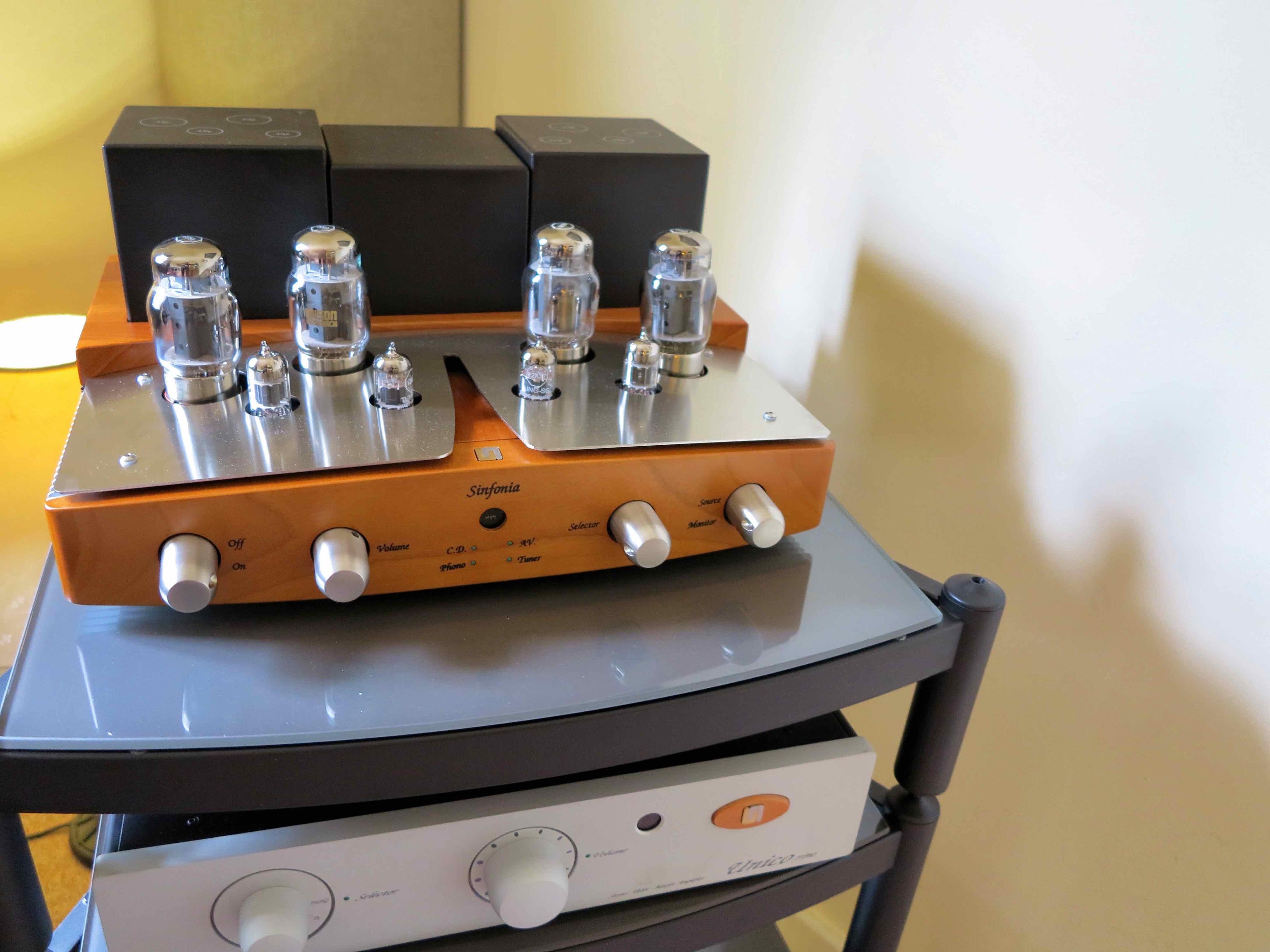 The Sinfonia and the Unico Primo made an appearance at the event.

On demonstration was more of Unison's finest products, such as the Performance, Unico 150 and the Simply Italy. The Performance was matched with the Phono One phono stage that was connected to the Pro-Ject Signature 10 Turntable which was playing vinyl through an Ortofon A95 MC Cartridge. It was coming through a pair of the Dali Epicon 6 Loudspeakers.

An enjoyable day was had by all and the Unison team said that they enjoyed their stay in Ashby de la Zouch so we would like to thank everyone that came to the open day. 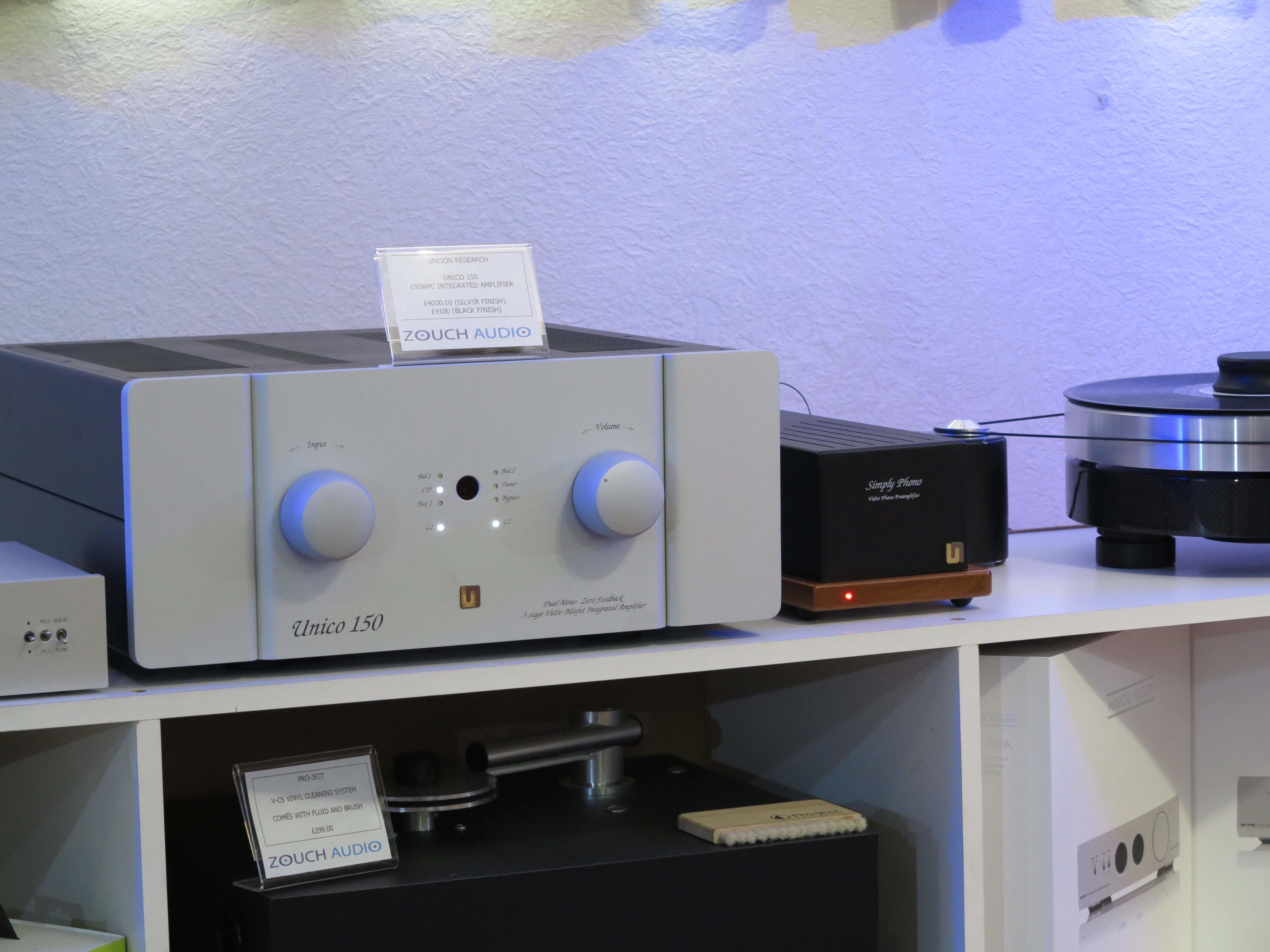 The Unico 150 performing alongside the Simply Phono.

A little about us

We are a specialist Hi-Fi retailer based at The Old Coach House, off South Street, Ashby-de-la-Zouch, Leicestershire, LE65 1BQ