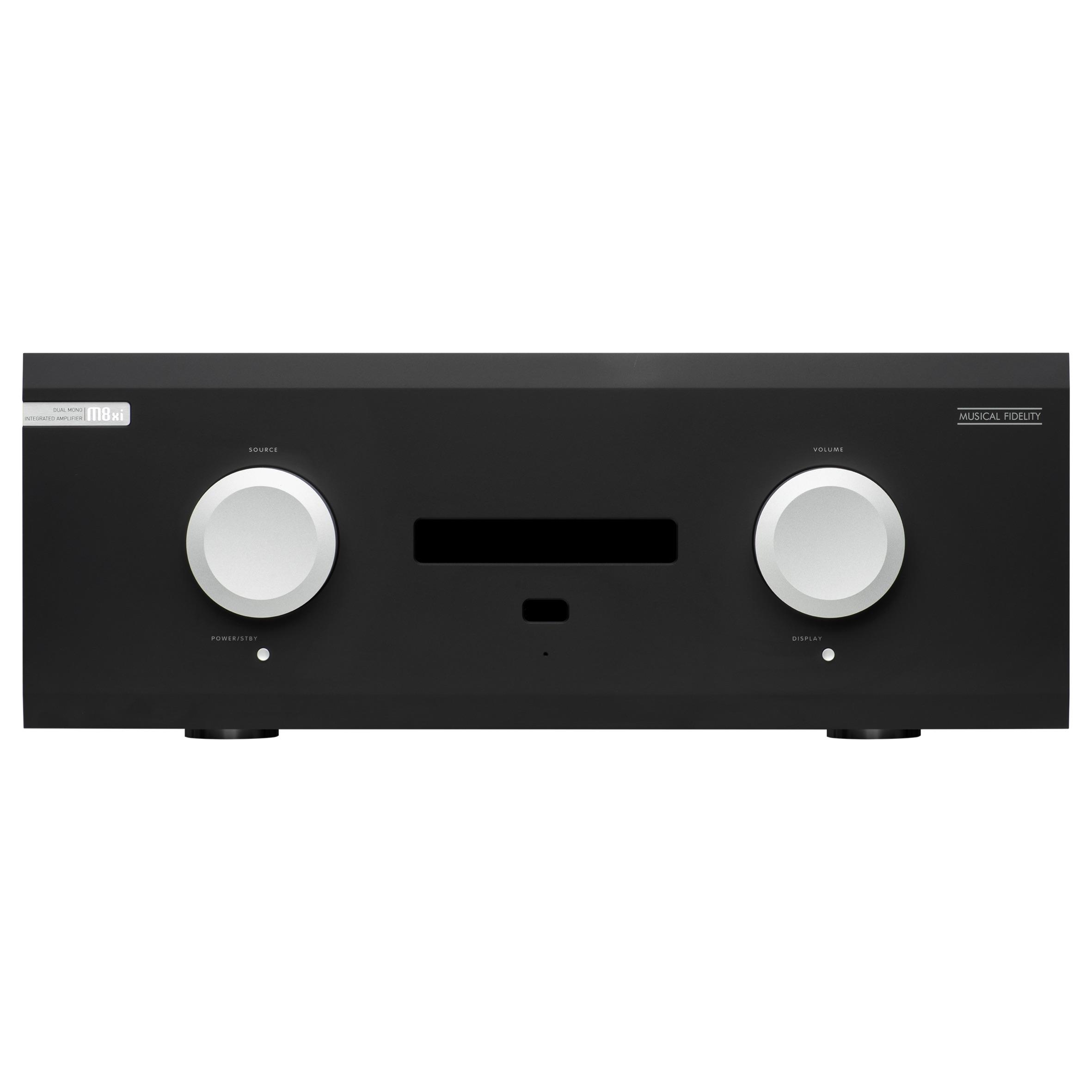 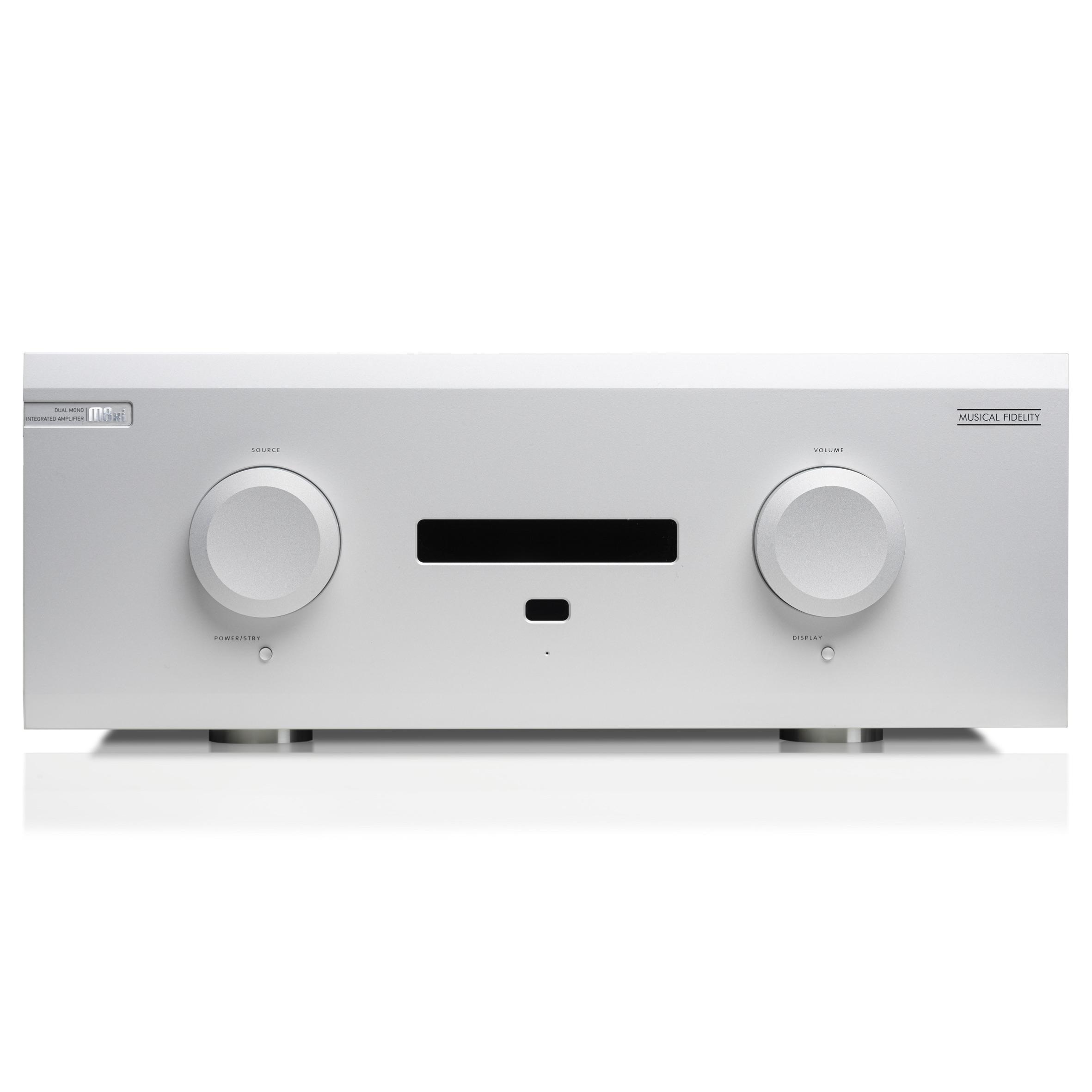 The latest Super Integrated amplifier in Musical Fidelity’s long and illustrious history of high-powered designs (which started with the A1000 back in 1990) is a high-end marvel that combines masses of power with true audiophile sonics and ultimate convenience.

In essence, the M8xi is a separate DAC, pre-amplifier and two monoblock power amplifiers housed within one large chassis. With a development logic that saw the design team approach each of the three sections indpendently, the M8xi is capable of perfoming to an exceptional standard in each department.

The entire signal path employs a low-feedback configuration, as with previous Musical Fidelity designs. However, with the M8xi changes have been made to achieve higher power, lower distortion and better overall sound quality. The bridged output stage efficiency has been increased, yielding about 10% more power while maintaining managable voltages on the supply rails; and the whole driver stage has been designed to operate largely in pure Class A. The result of this combination is a wide sound stage that allows both micro and macro dynamics to have an impact. Vocals have more subtlety, detail and presence. Large scale music has a depth, width and incredibly dynamic presentation. In essence, the M8xi sounds like a small Class A amplifier but with huge power.

The most striking aspect of the M8xi design is the high power output, generously rated at 550W into 8Ω (870W into 4Ω and Peak 1.6kW into 2Ω). The purpose of this power is to drive almost any speaker available on the commercial market today with comfort and control, regardless of bigger and/or insensitive designs. The output devices themselves are high-stability Darlington pairs, and they are capable of delivering such high output largely thanks to the generously specified transformers. The power amplifier is laid out in true dual-mono with dedicated power supplies for each channel, for absolute signal integrity.

The pre-amplifier of the M8xi is designed just as a dedicated pre-amplifier would be, largely operating in Class A and running off its own independent power supply. Featuring both XLR and RCA inputs, it employs low-noise op-amps in all sections for maximum signal integrity. The laser-trimmed volume control has a precision-matched position attenuator, which guarantees precise imaging and soundstage integrity whether being played quiet or loud. As is common amongst other Musical Fidelity amplifiers, the M8xi also boasts a switchable Home Theatre (HT) input. This input couples directly to the power amplifier stage, allowing for a suitably specified AV processor to control the home cinema volume levels while benefiting from the sonic character of the Musical Fidelity.

The M8xi also features XLR and RCA balanced outputs, for wider system applications. There are variable outputs for connecting to additional external amplifiers, as well as an RCA fixed stereo output for analogue recording or “tape out” applications, such as connecting an external headphone amplifier.

The M8xi also boasts a five input DAC, powered from its own dedicated power supply. Based around the Texas Instruments PCM5242 low-distortion and low-noise DAC chip, the M8xi has two coaxial (S/PDIF), two optical (S/PDIF) and one asynchronous USB Type-B input. The coaxial and the USB inputs are capable of supporting hi-res audio streams up-to 24-bit / 192kHz, and the optical input is capable of supporting up-to 24-bit / 96kHz. For maximal performance, all data streams are up-sampled and re-clocked by an internal converter to reduce jitter and remove unwanted artefacts in the sound.

The M8xi was a huge technical challenge, but thanks to an extensive R&D process it delivers in all aspects with its rich sound and extensive feature set. Finished in an industrial chassis with an anodised aluminium front panel and large side-mounted heatsinks, it is a successful continuation of Musical Fidelity’s history of producing true Super Integrated amplifiers. 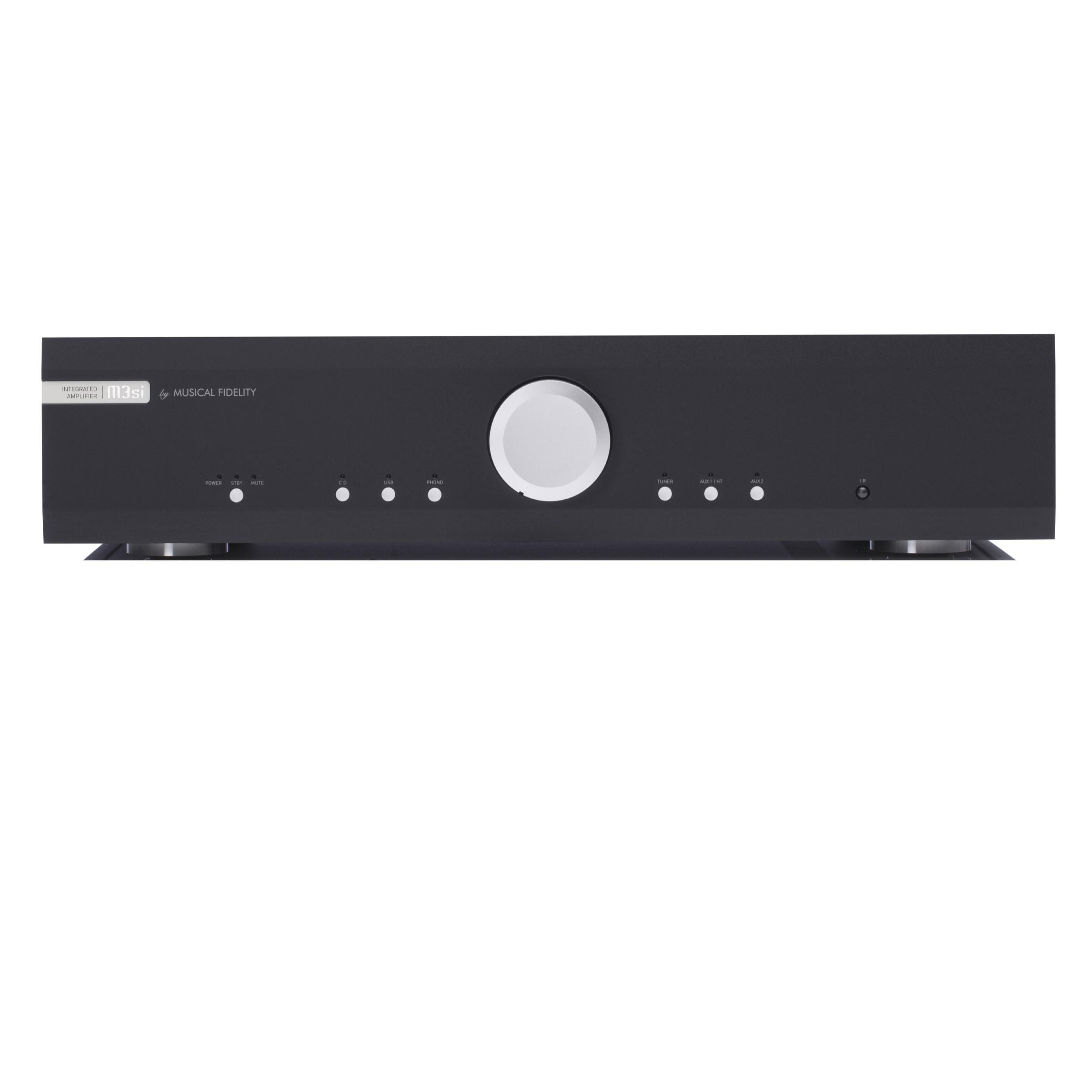 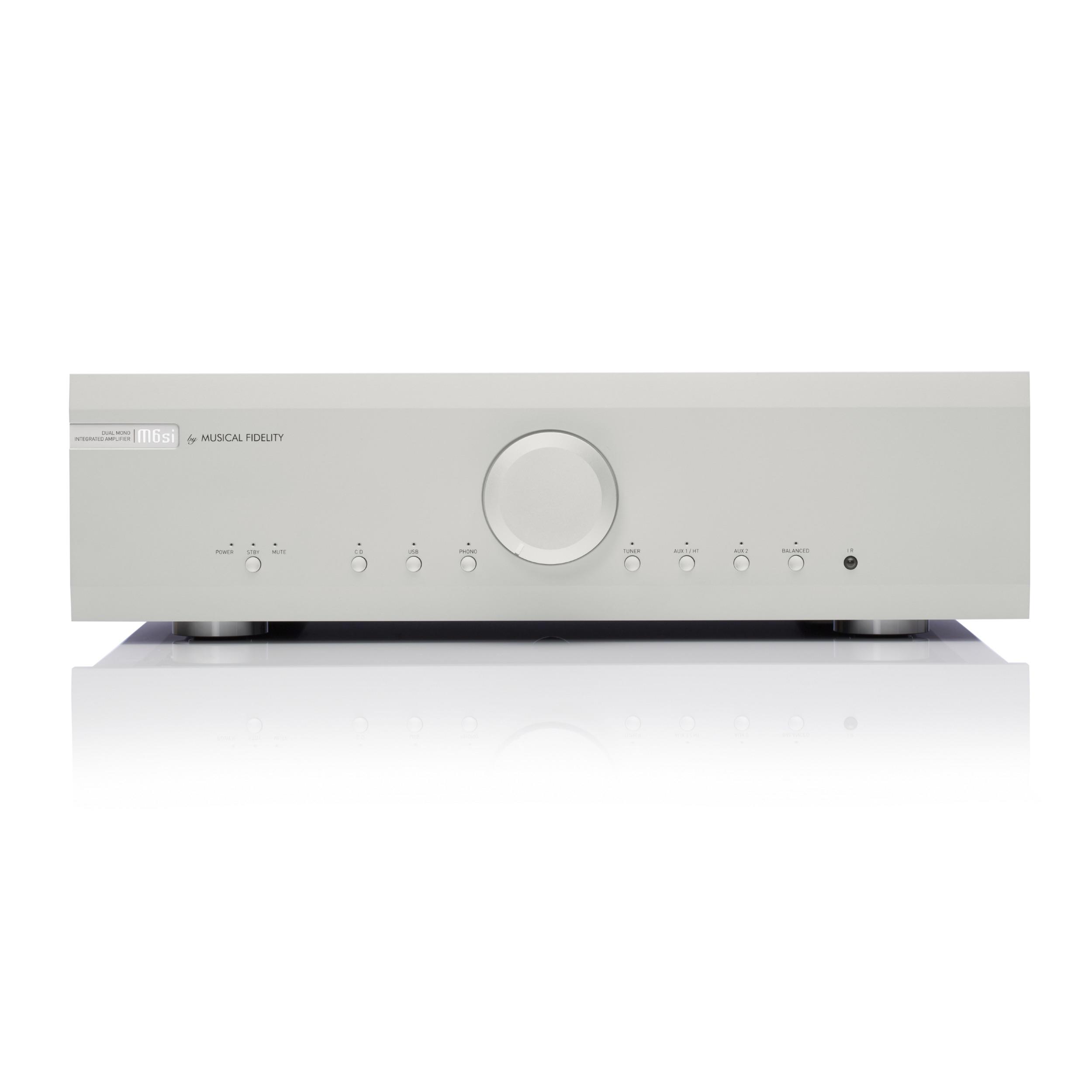 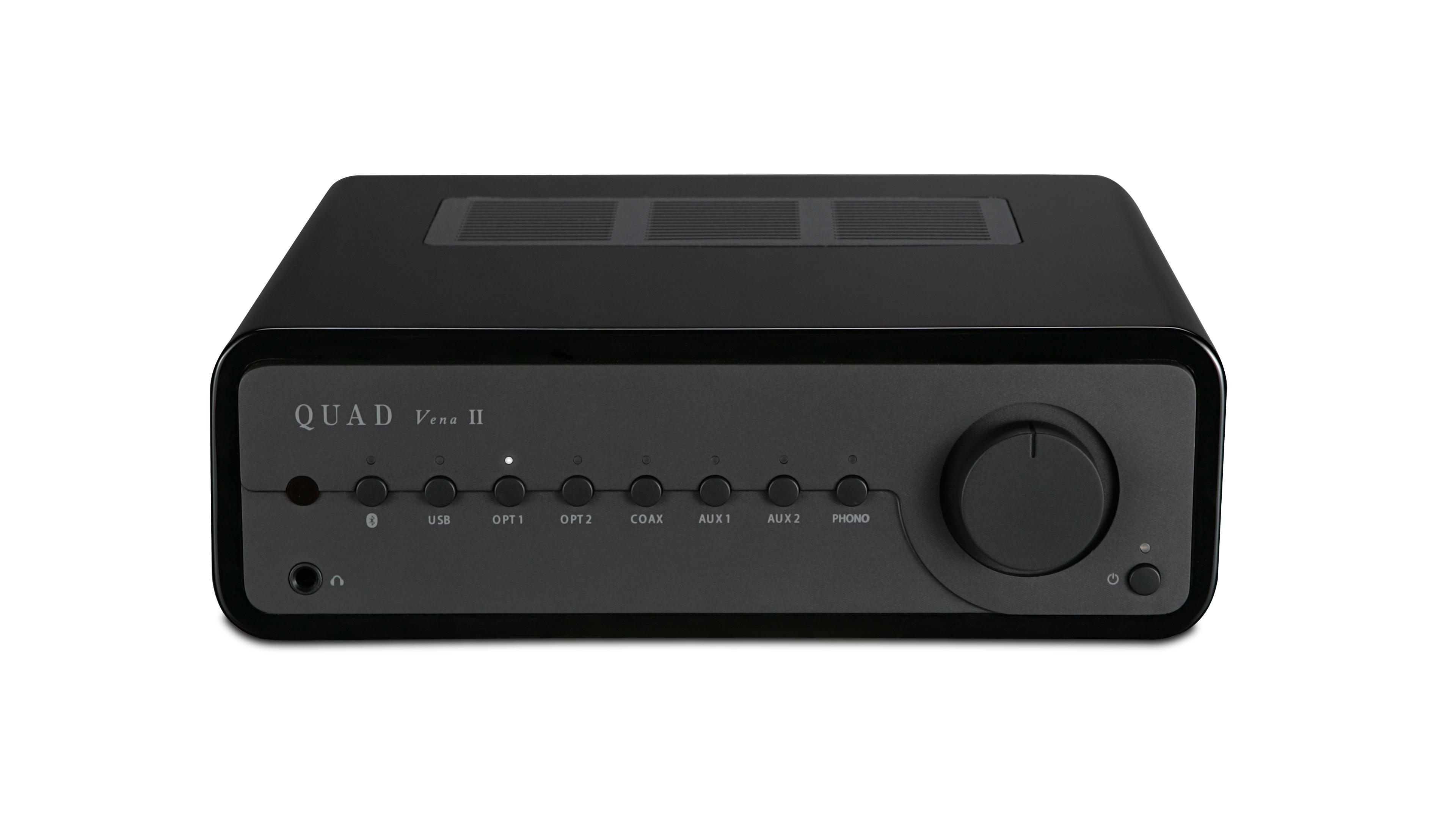